Why Libya Desperately Needs To Clean Up Its Act - Gulf Business 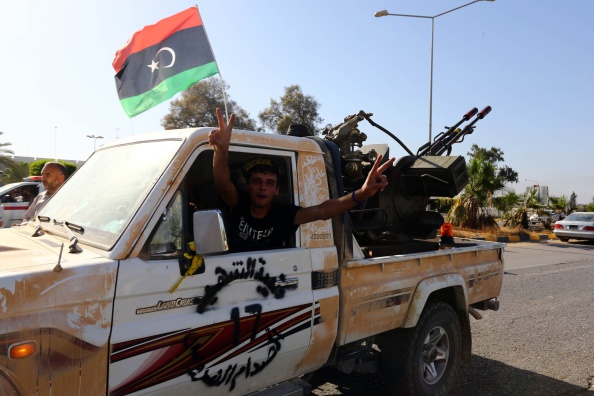 Three years after Muammar Ghaddafi’s brutal overthrow, Libya’s promised era of economic development and democratic inclusive governance appears to be another mirage. The socialist state of the masses, or Jamihiriya as it was dubbed, has given way to a state of anarchy.

Foreign diplomats and company personnel have fled the country. In Tripoli, gunmen from the north-western towns of Zintan and Misrata have occupied public buildings and government institutions. The situation is equally chaotic in the east of the country, in particular in Benghazi.

There are no effective courts since the militias basically rule the country in parts. These heavily armed brigades of irregulars are allied with competing political factions and are often more loyal to their region, city or even local commanders than to Libya’s interim government.

There has been massive damage to critical infrastructure this summer and to vital installations including Tripoli’s main international airport and the country’s largest fuel storage depot.

The administration survives because of the money it disburses. Salaries, for the 1.7 people on the public payroll, are estimated to have cost $16.7 billion last year. Food and fuel subsidies also cost $8.5 billion.

The militias’ strategy is simple but effective – by seizing control of the country’s production and export areas, they achieve political influence in a dysfunctional country, typified by a fractious parliament in which Islamist lawmakers continue to boycott key sessions.

The accommodations reached by the transitional government and rebel militias is a Faustian bargain that has given militias the freedom to pursue agendas that are political, ideological and in some cases purely criminal, says Frederic Wehrey a senior associate at the Washington-based Carnegie Endowment.

OIL IS NOT WELL

So far there have been no reports of damage to oil production facilities though most non-essential foreign technical personnel have been evacuated. There is the risk though that a prolonged lack of maintenance and damage to operational components could result in the degradation of the oilfields.

Foreign oil companies can no longer operate in safety. France’s Total has pulled its workers out of the country. Germany’s Wintershall, which operates eight oil and gas fields, has suspended work. The US’ ExxonMobil withdrew its staff a year ago while Marathon Oil is reportedly seeking to sell its share in a joint venture with the local Waha Oil Company. BP has put further exploration on hold in its Ghadames acreage.

One of the main problems for operators is that oil production, until recently, had to be curtailed because it could not be exported through militia-controlled ports.

Acting Prime Minister Abdullah al-Thinni said in July that key oil exporting ports at Ras Lanuf and El-Sider were back under government control after months of closure. The move came after a deal reached in April for salary payment arrears to be paid to members of the Petroleum Facilities Guard who had defected to rebel elements.

An oil tanker carrying 670,000 barrels of oil subsequently left Ras Lanuf in August but even this came amid reports from the International Energy Agency that Libya is struggling to find buyers for its crude.

Prospects for investment in the energy sector are now looking grim as international oil companies weigh the country’s instability and softer prices against returns on investment. Six years ago the international price of oil soared to $147 a barrel.

Since then, in spite of mounting global political tensions and conflicts, prices have fallen largely due to the US’ reduction in imports.

Libya has a more certain market for its gas and supplies about 15 per cent of Italy’s natural gas requirements. However, flows have been subject to disruption since 2011, when they were halted for seven months, and for a time last year following attacks on the Mellitah oil and natural gas station located 80 kilometres west of Tripoli.

The economic picture for Libya is uncertain and bleak in terms of stimulating inward investment. It is a country living on borrowed time.

In May, the IMF estimated that Libya’s foreign exchange reserves had fallen to around $100 billion from $122 billion a year earlier, when the government started running a budget deficit. By 2015, reserves are predicted to fall further to $82 billion as the country’s wealth is drawn down to meet current expenditure needs.

Nevertheless, the current crisis does not mean that private-sector economic activity in Libya has ground to a complete halt. Billions of dollars are still transferred through the country’s vibrant informal economy each year.

More financial transactions probably take place outside Libya’s official banking system than within it. Money is swilling through the system and up until recently has been finding its way into construction and real estate activity, with Benghazi experiencing a building boom last year.

Even this parallel economy, however has been hit by the escalation of violence and growing shortages.

The underlying problem is governance. Until a draft constitution is drawn up that the three provinces of Tripolitania, Fezzan and Cyrenaica can agree upon, everything in Libya is likely to remain fluid and uncertain.

While elections were held in February to select a constitutional assembly charged with drafting a new constitution, only 630,000 people voted compared to 2.7 million that turned out to vote in Libya’s first democratic national elections in 2012.

Chaos, violence, fear and a dysfunctional administration have served to dampen the heady optimism of little more than three years ago as a new era looked possible.

The country needs a functioning government able and willing to take difficult decisions over disarming rebel forces. Spending too is out of control and a financial crisis looms.

The veteran Spanish diplomat, Bernandino Leon was recently appointed special UN envoy to Libya in response to the latter’s call for international help to bring the deteriorating situation under control. It is likely to be dialogue rather than guns that will ultimately provide salvation to Libya and its people.