Lexus recently held the world premiere of its new flagship LX in Saudi Arabia and Dubai within the UAE.

The LX which first debuted back in 1996 has sold a cumulative total of approximately 500,000 units in more than 50 countries and regions as of the end of August 2021.

The latest edition of the LX, built on the new GA-F platform which resulted in a weight reduction of 200kg, is now scheduled to go on sale in Japan in early 2022.

It will be available with a 3.5-liter V6 twin-turbo gasoline engine.

The instrument panel features Lexus’ first dual display with a 12.3-inch upper screen and 7-inch lower screen, as well as Back Underfloor View, which is reportedly the first-of-its-kind to display the area beneath the rear of the vehicle.

The new LX is also now offered with a VIP grade, which is designed with four independent seats. The F SPORT variant meanwhile allows customers to enjoy sporty driving handling of the vehicle owing to special tuning of the EPS and Adaptive Variable Suspension (AVS). 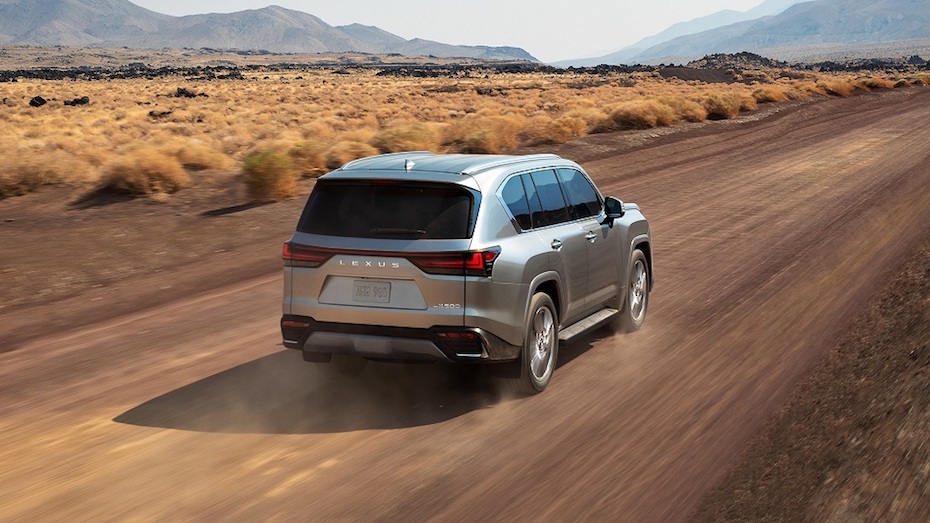 To soundtrack your drive, the car is offered with a 25-speaker Mark Levinson Premium Surround Sound System which includes a large-capacity subwoofer box that utilises the body frame.