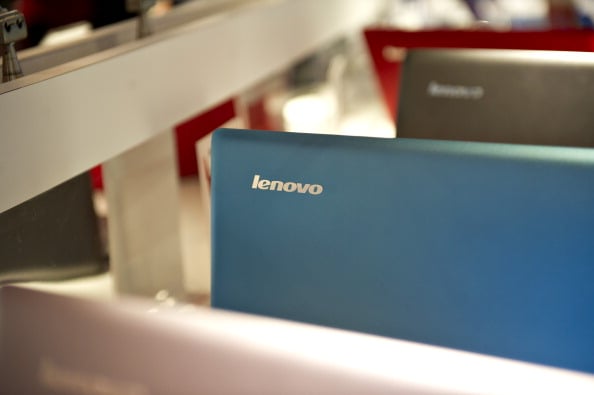 According to Gartner’s report, the company has the leading marketshare in the world, while IDC placed the company second, behind HP. “For the last 14 quarters we are growing faster than the market,” said Oliver Ebel, executive director and general manager, Lenovo Middle East and Africa.

In the Middle East too, the company has seen promising figures.

According to preliminary IDC results, Lenovo has a marketshare of 7.5 per cent in the Middle East and Africa region, up 46.6 per cent from Q3 2011. “We are currently number five, but the fastest growing vendor in the region,” added Ebel.

In the UAE as well, Lenovo is currently in fifth position, and has seen similar growth rates – its marketshare rose 46 per cent from Q3 2011 to reach 12.2 per cent in Q3 2012. Lenovo’s marketshare in Saudi Arabia more than doubled during the period from four per cent to 8.8 per cent.

The company is rapidly expanding in the region, said Ebel and opened offices in Riyadh, Cairo, Casablanca and Nairobi last year. It is also launching a bunch of new products—both in the PCs and tablets range such as Yoga, a new product that has a flexible and movable screen and ThinkPad X1 Carbon, which Lenovo claims is the world’s thinnest and lightest 14 inch laptop.

“We will launch more products as well. We call this the PC plus era—so we have classical PC, tablets, smartphones and Smart TVs. It’s a four screen strategy,” he said.

According to Ebel, despite all the talk about the future of the PC industry, traditional computers are here to stay. “Analysts said that the PC demand last year was 360 million, but IDC projections state that by 2016, demand will rise to 529 million. We believe that demand is there for all the products and we remain strongly committed to the PC industry,” he added.

Lenovo launched its first smartphone in China last year, and it is now the second best-selling smartphone in the country, overtaking Apple in April this year, said Ebel. The company announced plans to launch the phone in India, Russia and Indonesia this year.

While the phone will be launched in the Middle East as well, Ebel didn’t provide a timeframe.

“We are still in discussions. We will analyse the region to see where we can introduce it.”

The company also introduced its new Smart TVs in China earlier this year, but has no plans to bring the product to the region in the short-term.

“We have to build eco-system around it and then launch it in selected markets,” said Ebel.

Going ahead, the company hopes to improve its performance in the region.