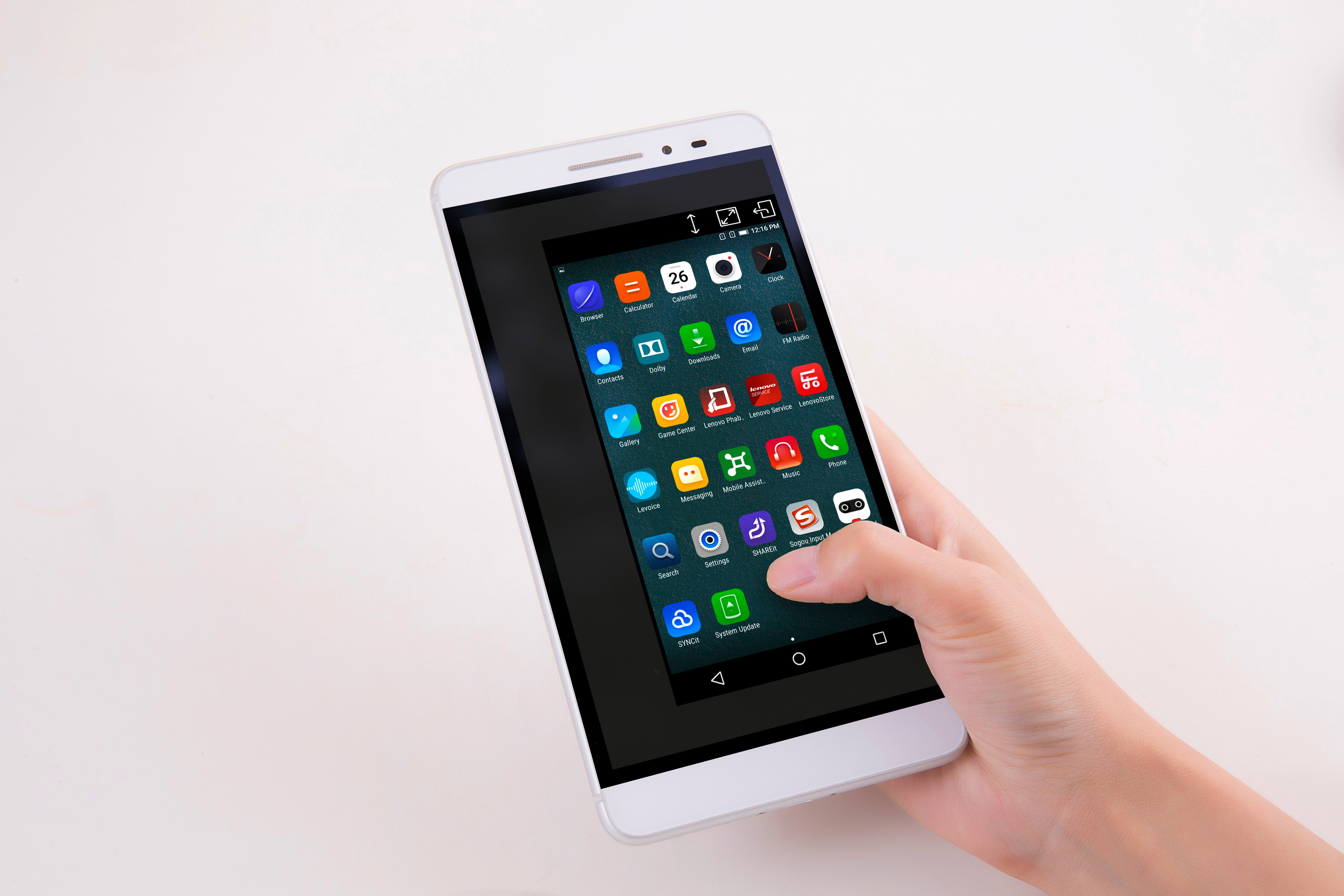 Chinese manufacturer Lenovo has launched the Phab Plus, a 6.8-inch screen smartphone that is among the largest on the market, in the Middle East.

The device is aimed to cater to a younger demographic who use their smartphone to consume media, play games and read articles more than to make phone calls.

According to the company, an average of 7 per cent of a user’s smartphone time today is spent making calls. This compares to 18 per cent for video, 13 per cent for social media, 12 per cent for games and 10 per cent for news.

“The perception is that this [making calls] happens a lot. But in reality it doesn’t happen that much,” said Lenovo table business unit general manager and vice president Jeff Meredith.

The device features a 6.8-inch full HD display with 326 pixels per inch, 2GB of RAM, and a quad-core processor.

It also includes 13MP and 5MP rear and front cameras, a one-handed mode and 32GB of storage expandable by micro SD card.

The Phab Plus will be available at Dubai’s GITEX Shopper event next week priced at Dhs 999. It will then become available in other countries, including Egypt and Saudi Arabia, in the next two or three weeks.

The phablet market, classified as devices with screens between five and seven inches, is forecast to expand at a CAGR of 27 per cent over the next five years, according to BI Intelligence. This is almost double the 15 per cent CAGR forecast for the smartphone market.

Meredith indicated that the product would not be a one-off for the manufacturer, which has been forced to diversify its business due to declining PC sales.

At an event in Beijing earlier this year, the vendor declared its intention to become number one in the smartphone business.

The company’s $2.91bn acquisition of Google-owned Motorola last year pushed it into third place by global smartphone market share behind Apple and Samsung. But it has suffered from poor performance.

Following a disappointing quarter, the firm announced plans to lay off 3,200 employees in August to trim its wage bill by $1.35bn. This followed a 50 per cent drop in operating profit year-on-year to $105m.

It has since announced plans to bring all of its mobile operations under the Motorola umbrella.