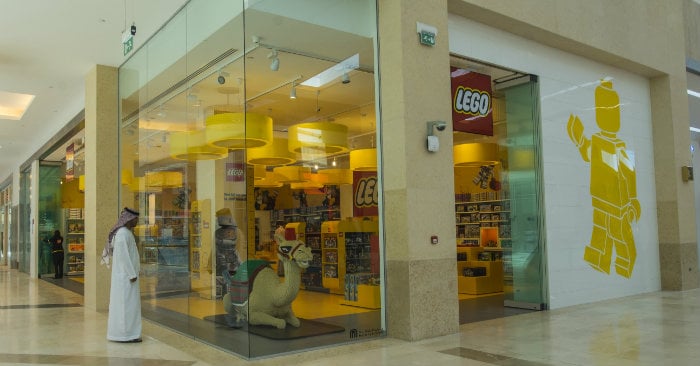 The store, launched in partnership with Majid Al Futtaim Leisure & Entertainment, is spread across 198 sqm.

“The store has proven to be very successful in the first three days and the sales were unprecedented,” said Omar El Banna, Marketing and Sales director at MAF Leisure & Entertainment.

“The retail store is a great unique concept and since everybody knows Lego, they are aspiring to come and see it.

“Yas Mall is a great entertainment destination and we felt it would be a great fit to have the Lego store in Abu Dhabi,” he added.

Simon Stansfield Bast, MEA director at Lego, said that the brand took time to open its first store in the region since it was essential to find the right partner and right location.

“For us is it very important to do it right. Now that we have partnered up, I’m getting more impatient [to expand] because I think this is a great example of what can be done and the very early results are extremely promising, much more compared to my expectations.

“I have plans about having a lot more stores,” he added.

According to Banna, there is already a plan in place to create more Lego certified stores across the country.

“It’s a new venture for us and we cannot depend on only one store so definitely we have agreed on a plan. I can’t disclose the number of stores planned, but it’s very aspirational and promising.”

Dubai, which will open the Middle East’s first Legoland theme park in late 2016 – as part of the upcoming Dubai Parks And Resorts complex – is one of the target markets.

“We should have a new store in Dubai hopefully very soon,” said Banna.

“It’s a great concept and we are waiting for the success of this first one.”

Founded over 80 years ago in Denmark, Lego is currently sold in over 130 countries worldwide. Last year, the company made more than 55 billion Lego elements and reported a net profit of DKK6,119 million ($1.02 billion).