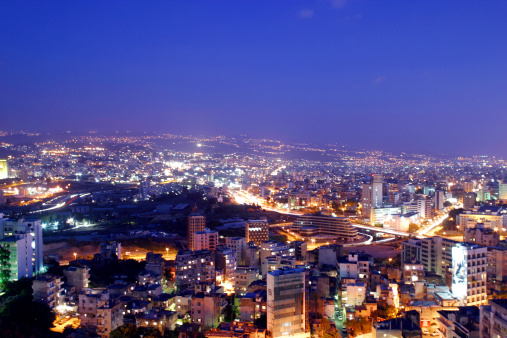 Lebanon was downgraded deeper into junk by two of the three biggest credit rating companies on Friday as the nation’s bondholders brace for a potential default next month.

S&P Global Ratings cut the country’s long-term foreign currency rating to CC, following a similar reduction by Moody’s Investors Service to Ca earlier in the day. That puts Lebanon’s rating below the likes of Argentina, Mozambique and the Democratic Republic of Congo.

The moves cap a turbulent week for Lebanon in which a bank run intensified, the World Bank warned of “implosion” and the yield on the government’s Eurobonds maturing next month skyrocketed to more than 1,000 per cent.

“A distressed exchange or unilateral default on Lebanon’s commercial debt is virtually certain,” S&P analysts led by Zahabia Gupta said in a statement.

“Social unrest, a contracting economy, and intensifying liquidity pressures in the private sector will make it politically difficult to repay creditors in 2020.”

According to Moody’s, the Middle Eastern nation’s plans for an economic overhaul will probably include bond write-downs in the range of 35-65 per cent of face value.

The downgrades – each of them to 10 steps below investment grade – come as officials in Beirut hold technical negotiations with the International Monetary Fund on how to fix an economy suffering an acute shortage of dollars.

The most immediate question for Prime Minister Hassan Diab is whether to repay a $1.2bn Eurobond maturing on March 9. The price sank to a record low of 53 cents on the dollar on Friday, from 90 cents in early February.

Diab’s administration has been in place for only about a month, after protesters forced the previous premier to stand down in October.

IMF in Beirut
“Creditors will likely incur substantial losses in what seems to be an all but inevitable near-term government debt restructuring,” Moody’s said.

An IMF delegation arrived in Lebanon this week to assess the sustainability of government debt that exceeds 150 per cent of economic output. The country is in the process of hiring legal and financial advisers to help manage its liabilities, including $30bn of international bonds. Roughly one third of those are held by foreign investors, while the rest are owned by the central bank and local lenders.

Lebanese banks are rationing dollars, resulting in the local currency’s black-market rate plunging 40 per cent from its official, pegged price.

While Lebanon has never defaulted on its debt, some lawmakers and officials have called on the government to skip Eurobond payments and use remaining reserves to finance imports of food and medicine.

In Moody’s baseline scenario, Lebanon will pursue an orderly restructuring within the scope of an international aid program. An “extremely weak track record on policy implementation” is a risk to securing external financing, it said.

The haircut forecast by Moody’s is smaller than the losses priced by most bond traders. Lebanon’s sovereign bonds with maturities of more than two years trade near 30 cents on the dollar, implying holders being hit to the tune of about 70 per cent.

Analysts at Goldman Sachs Group Inc. have predicted write-downs of around 65 per cent.