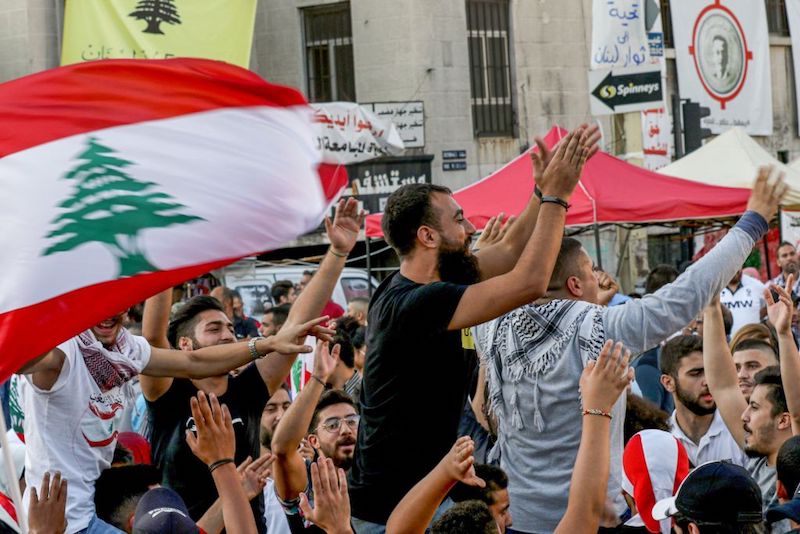 Lebanon’s parliament will discuss critical reforms this week, including draft anti-corruption laws holding officials accountable for stealing public funds, with the country in political limbo after mass protests forced the government to quit.

Aoun, who has yet to set a date for consultations over naming a new prime minister, said the next government would adopt the economic overhaul passed by a caretaker administration last month.

Thousands of protesters have been on the streets nationwide for weeks, demanding the removal of a political elite they hold responsible for mismanagement and corruption. Prime Minister Saad Hariri stepped down late last month and demonstrators are demanding a government of technocrats able to avoid an impending financial meltdown.

The World Bank’s regional director urged Lebanon to form a new cabinet “within a week” to prevent a further loss of confidence in its economy. Saroj Kumar Jha told The Associated Press on Friday that the increasing risks to Lebanon’s economic and financial stability are deeply concerning.

Tuesday’s legislative session will discuss a draft law to create a court of financial crimes and an anti-corruption committee, and another that would see the state provide for the elderly. Only civil servants receive pensions from the state.

Students have been at the forefront of protests this week, skipping classes and demonstrating outside government buildings in several parts of the country, including the electricity company in Beirut, bank branches, and offices of the Education Ministry and central bank.

The Association of Banks said local lenders will close on Saturday and also Monday for the Prophet’s birthday, a public holiday in the country. Banks reopened last week after 10 days with tightener restrictions on capital movement to prevent flight.