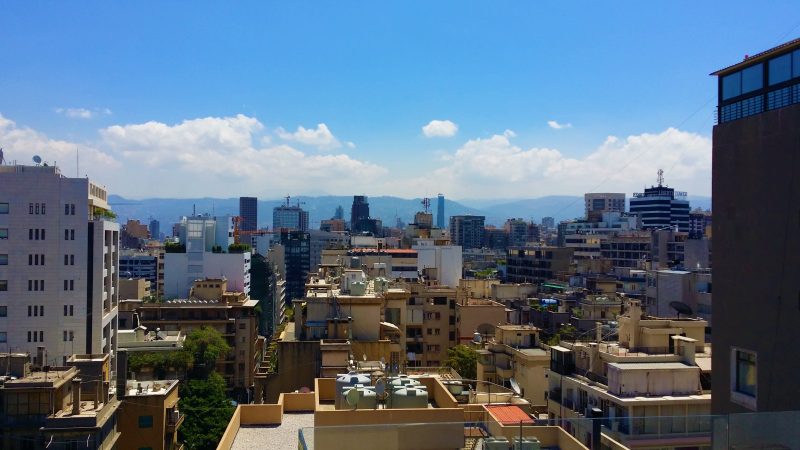 Lebanon’s president ordered a weeklong postponement in talks to pick a new premier, just one day before lawmakers were set to name a businessman to head the next cabinet amid a deepening economic and financial crisis.

Lebanon has been without a government since Hariri resigned late last month in the face of mass protests against Lebanon’s ruling elite, which demonstrators accuse of mismanaging and plundering the state to the brink of bankruptcy. The country’s main political blocs have so far struggled to agree on a replacement and Khatib’s withdrawal raises the prospect of an extended government vacuum that could hasten an economic collapse in the world’s third-most indebted country.

Khatib, who was widely tipped as the front-runner after winning the backing of key political groupings, made his announcement after meeting Lebanon’s top Sunni religious cleric, Sheikh Abel-Latif Derian. Under the country’s sectarian power-sharing system, the prime minister of Lebanon must be Sunni.

“I learned from His Eminence that as a result of the meetings, consultations and contacts with members of the Islamic community, it was agreed to nominate Prime Minister Saad Hariri to form the next government,” he said in comments reported by the National News Agency.

Hariri has said he is not interested in returning to the premiership unless he is allowed to form a government comprised of experts who can take what are likely to be painful measures needed to stabilize the economy. The currency has depreciated more than 30 per cent on the black market since the protests began on October 17, with businesses unable to access enough foreign currency to clear import shipments. Banks have imposed restrictions on the transfer and withdrawal of dollars and central bank has ordered lenders to slash interest rates on deposits and loans. Inflows have dried up and it’s not clear how long Lebanon can continue to repay maturing debt built up over the past three decades.

Hezbollah, a pro-Iranian Shi’ite Muslim armed group, and its allies Amal and the Free Patriotic Movement, have insisted that the government include politicians so that it represents the outcome of 2018 elections. It took Lebanese politicians months to agree on a cabinet lineup after that vote.

Beset by political divisions, however, the government of national unity over which Hariri had presided had struggled to implement measures required to unlock some $11bn in aid pledged at an international donor conference in Paris. Hezbollah had strongly opposed tax increases and other measures that would hurt the poorer segments of society that form much of its base. Gulf Arab countries that have rescued Lebanon during previous liquidity crunches have withheld support because they’re concerned that Hezbollah has too much influence over the government.

Though the protests no longer draw the numbers they did in the early days, Lebanon’s uprising has grown into one of the most serious challenges to face the sectarian power-sharing arrangement that emerged from the ashes of the 1975-199 civil war. The apparent inability of senior officials to respond to popular demands has further shaken confidence in the economy.

Khatib’s withdrawal follows that of another businessman, Mohammad Safadi, who’s candidacy was met by uproar from anti-government demonstrators.Bloomberg