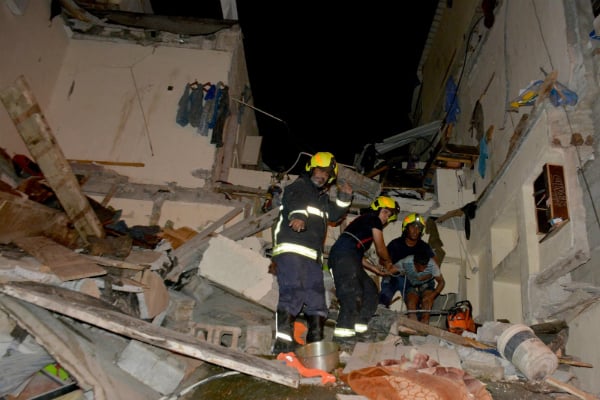 At least four people have been killed after a building collapsed in Bahrain on Tuesday night, the Ministry of Interior said.

Preliminary investigations indicated a gas cylinder explosion caused the collapse of the two-storey structure in Manama’s Salmaniyah neighbourhood at around 7:20pm.

The Ministry of Interior said more than 11 civil defence vehicles, 15 security patrols, 60 officers and 19 ambulances were at the scene last night. 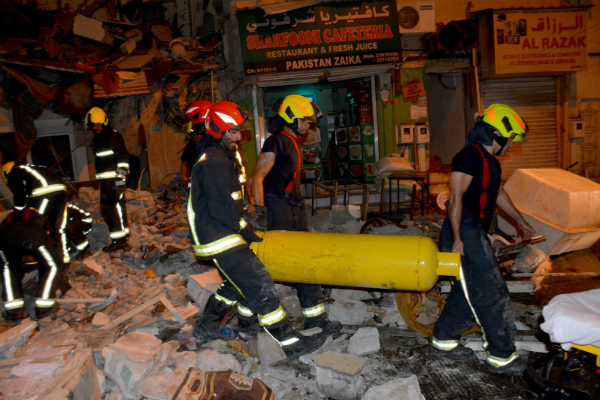 It initially reported 20 individuals with medium and serious injuries.

At least three bodies were later retrieved from the rubble and one person died in hospital.

Civil Defence continues the search and rescue operations at the site of the collapsed building in Salmaniya and 3 bodies retrieved, while one victim died at the hospital.

He said the incident showed the need to tighten safety controls and restrictions on the overcrowding of buildings by labourers “in order to reduce the recurrence of accidents”.

Prime Minister Prince Khalifa bin Salman Al-Khalifa later ordered an investigation into the cause of the collapse by the ministries of interior, health, labour and social development, works, municipal affairs and urban planning.

He also directed the Ministry of Health to set up a medical team to provide treatment to the injured at government hospitals.