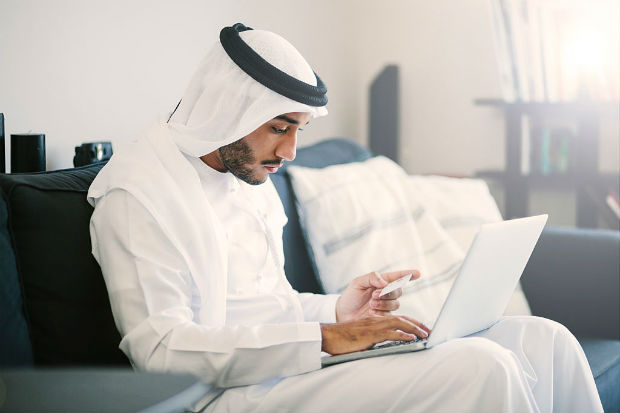 The GCC’s growing young population is unhappy with the way banks in the region operate, according to a new survey by Visa.

The report found that half of the surveyed youth in the region want their banks to move from traditional banking models and adopt sophisticated online portals.

“We millennials are driven by service and product that are easy to use and preferably done online,” said Rashid Alabbar, founder of SIVVI.com, a millennial entrepreneur.

“Millennials don’t want to write a cheque – rather they’d prefer to send a text message as it’s more convenient and it’s simpler operating from our mobile devices.

“It is thus important to understand the mind-set of the millennials and [important for banks to] try and build products and services that are easier and more pragmatic as the study has found,” he added.

The GCC’s millennial population is found to be a major factor enabling the region’s e-commerce industry to thrive.

E-commerce payments in the GCC amounted to $2.5bn in 2015, following year-on-year growth of 24 per cent, the report revealed.

“Millennials represent a huge opportunity as a third of the population in the UAE is under 25 while in Saudi it stands at 50 per cent,” said Sunil John, CEO of PR firm Asdaa, which was also involved in developing the report.

“They [millennials] are a tsunami that will disrupt and destroy traditional business models. Companies and industries need to wake up to this.

“Banks need to look at how millennials interact with the world. For example, millennials the world over have an unfair reputation for being an entitled generation. I think what this means is that, growing up with technology, they naturally expect that everything should be easy to use. From paying bills, through to ordering food, online shopping, applying for university or a job – everything can be achieved now with just a few clicks,” he added.

According to the report, close to 80 per cent of UAE youth engage in online activity such as banking, e-commerce and bill payments.

It also found that UAE and Saudi millennials are more affluent than their GCC peers, with the average annual salary in the two countries two to five times higher compared to the rest of the MENA region.

An estimated 75 per cent of e-commerce is also routed from the two countries, the report said.

Looking ahead, the purchasing power of the youth is further expected to grow as it is estimated that UAE millennials will generate an average annual gross income of $40,000 by 2019 while those in Saudi will make $18,000.

Overall, the report also found that GCC millennials are top spenders when compared with their global peers.

In terms of comparison, the travel and per-trip travel spending of regional millennials amounted to $2,888 in 2015, while the spend of their counterparts in North America, Asia Pacific and Europe reached $2,500, $1,548 and $1,297 respectively.