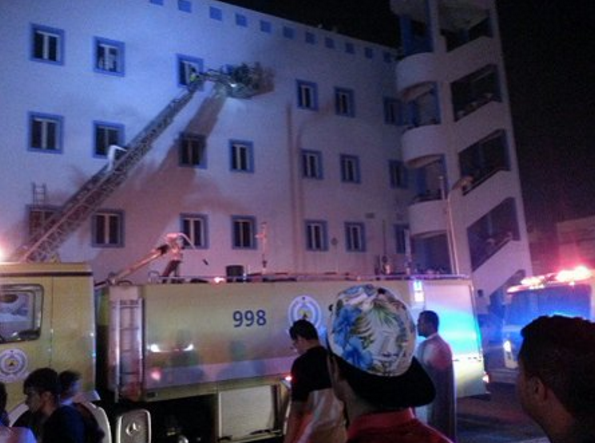 At least 24 people have been killed and 107 injured in a fire at Saudi Arabian hospital on Thursday, according to the country’s civil defence agency.

The blaze broke out at the intensive care unit and the maternity department of the Jazan General Hospital in south Saudi Arabia at around 2.30am local time, the agency announced on Twitter.

In the most recent tweet, the civil defence announced that the “Jazan hospital accident is now over and investigation is underway to find out its reasons.”

Saudi daily Okaz has tweeted news and pictures of the incident and said the death toll has reached as high as 30.

The cause of the fire, which began on the first floor, has not been determined. However, early indication suggest that the blaze was an electrical fire, sources have claimed.

Jazan is the capital of the Jazan region in southwest Saudi Arabia, located immediately north of the Yemen border.

In August, 10 people were killed and 259 wounded in a fire at a residential complex rented by oil giant Saudi Aramco in the country’s Eastern Province.

That fire was caused by an electric short circuit in the underground parking where 130 cars were parked, the civil defence agency said following the incident.