by David B. Jones, Sophie Le Ray and Radhika Punshi 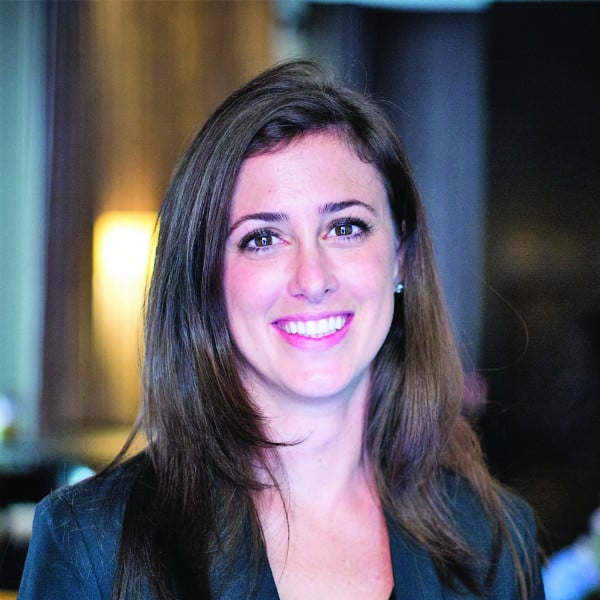 Noor Sweid is the managing partner at Leap Ventures, a venture capital firm based out of Dubai and Beirut that invests in growth-stage companies and entrepreneurs focused on technology and innovation.

With experience as a strategy consultant in the United States, she joined her family business, Depa, in 2005. Scaling the business tenfold in three years, Noor led the initial public offering of the company, which became the first private firm to list its shares on the NASDAQ Dubai as well as the London Stock Exchange. She is also an active angel investor and mentor in the region, and her dedication to creating social impact has led her to teach at Zayed University and INSEAD.

Why is it important for companies to invest specifically in women’s leadership?

“Companies need to consider all their stakeholders when identifying priorities and strategies. These stakeholders include the financial shareholders, the community and the employees. In each of these instances, the stakeholders are better served when there are women in leadership positions – specifically, a minimum of 30 per cent of board and management positions.

“From a financial perspective, companies with a minimum of 30 per cent in these positions outperform their peers with a 45 per cent higher return on equity, based on a 2013 study by the McKinsey Global Institute.

“From a community perspective, women raise and address issues that affect the greater community and population more frequently than men do, bringing a broader perspective of the company’s impact to management and leadership.

“As far as employees and people-matters are concerned, women address issues relating to this field in a more diplomatic approach than men, keeping the wider employee base in mind even when addressing specific matters, and ultimately increasing employee engagement and performance.

“That said, it is clear across all barometers that a high level of women’s involvement in leadership is fundamental to a company’s outperformance from a financial and social impact perspective. However, as most leadership positions are currently held by men, it is difficult for women to rise to the levels required to create this impact without relatively higher levels of support from the companies in which they are employed. Accordingly, it is imperative that the companies invest and provide opportunities for women to exhibit their natural leadership traits and abilities, enabling them to reach the leadership positions required to make an impact on all fronts.”

What are the key reasons why nations, societies and organisations should invest in greater diversity?

“Diversity is a part of nature and a necessary component to the growth and development of the world. Women, unequivocally, have a different set of priorities and outlook than men do, and as a result, provide balance in the decision-making process across nations, societies and organisations.

“The result of this balance has been proven in the financial markets with organisations’ returns (45 per cent higher return on equity), in societies by their impact (65 per cent of nurses and 93 per cent of teachers were women in the United States in 2010) and in nations by their leadership roles (Mother Theresa or Hillary Clinton).

“In the absence of these women, investors, people and societies would not have fared as well. However, these women have struggled in order to reach positions where they could have an impact, mainly due to the fact that there are few women supporting them or leading the way.

“In order to facilitate the potential positive impact of an increasing number of women in such roles, there needs to be enablement of women in leadership, which can only be a result of investment by nations, societies and organisations.”

How will the situation of women in the region be different in 20 years and why?

“There were very few working women in the region 20 years ago. This was a result of many factors, including the lower proportion of university graduates that were women compared to men. As a result, few women applied for positions in the workforce, even if they were qualified.

“What we have witnessed in the surge of female university graduates, coupled with some governments’ encouragement and employment of women, is an increased percentage of qualified women entering the workforce in many countries in the region.

“Over the next 20 years, as women seek even higher levels of education and rise to higher positions within the workforce, enabling the next generation of women to aspire to such leadership roles, we will see an increasing percentage of women not only in the workforce but also in influential and leadership positions in organisations and governments.

What inspires you to do the work you do?

“Venture capital is generally a male-dominated industry across the world. In fact, in 2015 there was significant outrage in the US at how few women there are in leadership positions in Silicon Valley. In the Middle East, this issue is even more prevalent as the venture capital industry is still in its infancy. Hence, there is much work to be done and a huge opportunity required to create impact.

“In my role, there are three areas where I am infinitely inspired: first, being a woman in the industry gives other women the ability to believe that they can play an important role in this ecosystem.
Second, the potential ecosystem impact in creating firms that will fund growth for entrepreneurs. This means working with institutions so that venture capital is identified as a potential asset class, which will then fund the region’s aspiring entrepreneurs, allowing me to be an enabler. Finally, and most importantly, working with the entrepreneurs to enable their companies’ growth and success is the most inspiring part of what I do, mainly because these entrepreneurs are inspirational and want to build something magnificent and change the world.

“Being a part of their success is an honour, and enabling them to become regional success stories will then serve to inspire and empower the future generations of budding and aspiring entrepreneurs. The potential impact of my work is what inspires me.”

What is one characteristic that you believe every leader should possess?

“Empathy is the most important leadership trait. It enables the leader to identify with their employees and teams, and solve problems in creative ways. Additionally, it allows all stakeholders to see the human side of a leader, which is by far the most inspiring aspect of any person.”

Tell us about your career choice and path. Did you always know you would be in this role? Did you study for it, plan for it or was it accidental?

“My career path has been non-traditional to say the least, and has shifted multiple times on my journey. I studied finance and economics (to be sensible), and started my career in biotech consulting, which led me to my MBA.

“After that, I joined my family business and started my own company simultaneously. When I was involved in both, I realised how much more difficult it was to run a small business than a large business and I became involved in the entrepreneurial ecosystem, which later led me to venture capital.

“I don’t believe that there are any accidents in life as all decisions are intentional, even the decision to abstain from making a decision. That said, life presents opportunities to all of us, and yet, if you are so focused on your own path, you may miss the opportunities that come by and they will pass you by, as you are not open to them.”

Game Changers: How Women in the Arab World are Changing the Rules and Shaping the Future is published by Motivate and is available at all good retail outlets and booksarabia.com