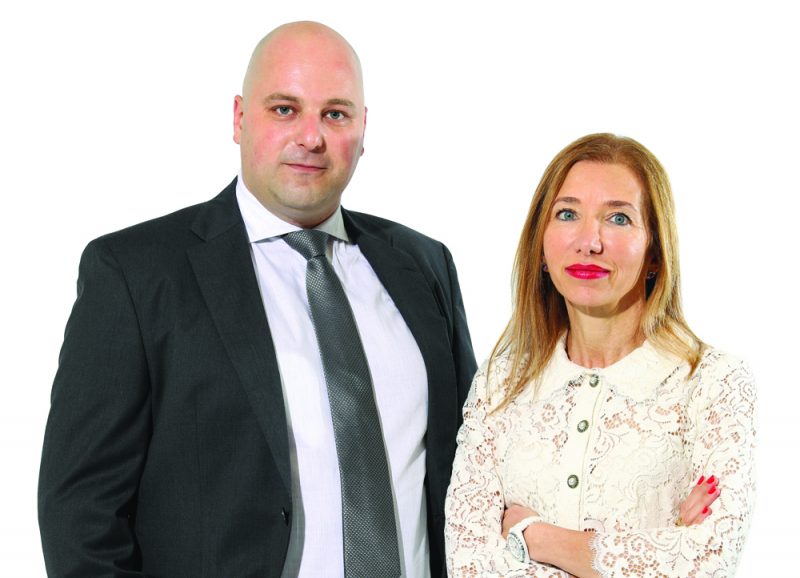 One of the most talked about tech developments in recent years has been the evolution and potential of digital currencies.

The well publicised volatility and risk previously associated with cryptocurrencies has gradually given way to a ‘stable coin’ environment, with numerous companies striving to design and launch stable digital tokens –  dubbed the ‘holy grail of cryptocurrency’.

One of the leading players in this landscape is X8Currency (X8C), a pioneering provider of stable tokens, value preservation AI technology and digital asset management.

Co-founded by CEO Gregor Kozelj, and director Francesca Greco, X8C aims to bring balance to the world of finance through stability and broad benefit.

“We want to meet in the middle of various difference disciplines in the market and have a balanced view about how we fulfil each other’s interests,” explains Kozelj.

“We have central banks, financial intermediaries, investors, merchants; so many different participants in the market. One of the important things is to find a balanced solution where everybody can be happy.

“We create the kind of stability that works for all these parties at the same time.”

Backed by a basket of eight AAA grade Fiat currencies plus gold, the set-up is designed to provide the most secure digital token available, able to withstand black swan events and keep users safe from currency devaluation risks.

But the token is only part of the picture. The company’s Automatic Reserve Management AI technology applies portfolio risk management to its currency for real-time investment, while the offer of digital asset management will help customers find the smartest investments for their tokens.

“It comes from a fundamental question about how to protect the investor and how to protect the value,” says Kozelj, who has a background in mathematics, economics and programming, and had a successful career in the financial world.

“It should not be dependent on any single currency – it should not be subject to threats that come from inflation, because inflation is this covert factor that eats away at the purchasing power of savings.

“Stable coins by themselves are not the entire solution. We need to be able to preserve value, because if we just stay stable we basically lose through inflation, through transaction costs, and so on.”

And Kozelj believes that X8C’s “33 months of a very, very high quality track record” so far puts it in pole position in the race to emerge as the leading digital currency.

“The currency that will be the fastest with the lowest cost, that will be able to transact value very quickly across the globe, and that will provide this in the most streamlined format while at the same time being stable; I think that currency will prevail,” he says.

But that’s not all, Kozelj continues. “This AI technology … is one of the first technologies in the world that lets the money work for its owner. For the first time, people will have the opportunity to have money that actually works for them.

“We decided to take this concept further because we’re not just a stable value preservation token or a digital currency, we are also a socially responsible one. This is something different from more or less any other project because our product supports the economic and financial environment in a constructive way, so that with our product in the market, the environment also becomes more stable and more reliable.”

Speaking specifically about the Gulf environment, Greco explains that the UAE is an obvious place for X8C to roll out.

“Whatever happens in the UAE becomes a model for the other countries in the GCC,” she explains.

“The UAE has this approach to being the first for innovation – they are always pro innovation, but in a very conservative way, which is also what we are. Our fintech is the best for active investing in the market, but at the same time we have an ultra-conservative approach, which is very close to the tradition of the Arab world.”

To enhance X8C’s emphasis on steadiness, the company is close to being awarded a shariah compliance certificate, which Greco says is a “first for any digital currency in the world to be declared a sharia compliant investment”.

She adds: “It’s like we’ve got the stamp of safety and security, because [under shariah] there is no speculation, no leverage.”

And Kozelj believes people’s long-term savings will benefit as a result of the   company’s solidity.

“X8 is the only solution in the market that has a systematic ability to fight inflation, which is a unique value proposition for the institutional investors and long-term savers.,” he reiterates.

“We all have experiences – mainly from our parents or grandparents – who are able to tell us that they were saving for their family for 10 years, 20 years, and then something changed through inflation or another issue in the currency system. Their savings have been literally wiped out.

“And now the problem is getting even worse for savers because for so long we have had basically zero or negative interest, even as the inflation has picked up. So you don’t have an alternative to fight against this demon of inflation.”

With the gradual maturation of digital currencies, however, both Kozelj and Greco are confident that a new age is dawning for the financial world.

“It’s a market that is evolving extremely fast,” says Kozelj. “It’s a competition to see which currency can best simulate money, or which currency can perform as money better. If money is able to move more quickly, it’s actually a more advanced form of money. And  new currency technology offer this potential.

Greco adds that if digital currency is to be widely accepted and used in the market, three things must be in place: Laws and regulation, fintech innovation, and cybersecurity.

“We have been talking with regulators around the world to develop the right legislative framework to have digital currencies as a serious project to flourish and develop,” she says.

“For example, in June the Abu Dhabi Global Market set up a new regulatory framework for all the cryptocurrency businesses, and we are in talks with them to set up the first regulated and insured crypto exchange.”

Fitting into this period of evolution, X8C will launch its digital asset management service in October, which Kozelj says “will be the first of a kind – a regulated service on a regulated exchange”.

This will be followed by the X8 dollar later in the year: a “major breakthrough for the market,” according to Kozelj, who adds: “It will introduce a digital currency pegged only to the dollar, but this digital currency will be able to fight inflation. So it will be the currency that will transcend all the stable coins with a fixed peg.”

Then, in the first quarter of 2019, the full X8Currency token backed by the eight currencies plus gold will be launched, propelling the company into the market and driving forward the digital finance landscape.

But as Kozlej concludes, it’s not a digital mind-set alone that will make the biggest impact, rather the blending of two approaches.

“Our company uses a financial AI technology to reach these goals, and I think this sets us apart from many other currencies, but we are also able to bring the experience and proven methodologies from the traditional finance world.