Leadership by design: In conversation with Shweta Wahi - Gulf Business 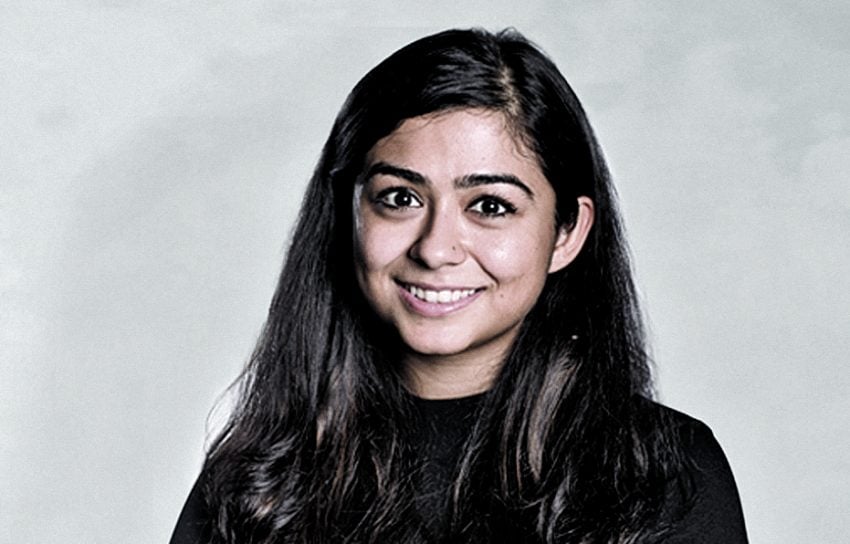 At just 28 years of age, Shweta Wahi has already had a career that people twice her age would be proud of.

As director of CMA Investment Holdings she is a leading figure at the investment company founded by her father Rakesh Wahi in 2002, and which has holdings in companies across the media, education, IT and technology, and hospitality sectors – not only in the Middle East, but India, Africa, Asia and Asia.

As if this isn’t enough, the businesswoman is also associate vice president of strategy and special projects / operations at Transnational Academic Group – a role that sees her travel extensively to Africa, Europe and Australia for negotiations and feasibility studies.

Even more impressive is that before stepping foot in the family business, the young businesswoman had already spent eight years in the fashion industry – something she believes gave her a solid grounding in the world of business.

“My first exposure to business was when I launched my own fashion label in 2005,” she says.

“Since this was unrelated to our family business, it was a huge challenge as I had to learn like any young entrepreneur, taking knocks on main street.

“This included conceptualising my designs, creating samples, sourcing fabrics, outsourcing production to tailors, marketing and selling my work. It was very challenging and required hard work and perseverance. A lot of support came from my mother who mentored me both from a creative and business standpoint.”

It was only in 2013 that Wahi joined CMA – entering the firm as its youngest board member. And despite the inevitable pressure this brought, she recalls that her early impressions were ones of meritocracy.

“From the onset I learned that everyone has an equal say at the table, regardless of age. Each of us came with our strengths and weaknesses and the key was recognising these and respecting them,” she explains.

“As a child [of the co-founder] entering the business, you tend to have it harder because you need to work harder for people to accept the value you bring to the table. I did face this in the first few years, but I put my head down, worked hard and proved my worth.”

Her father’s own distinguished career has taken him from the Indian Army to co-founding CNBC Africa, Forbes Africa, Murdoch & Curtin University Dubai, Lancaster University Ghana, Ananya Farms, Tech One Global, and numerous other firms – as well as CMA Investment Holdings.

And for Shweta, having such a successful businessman on hand for advice and guidance has proved invaluable as she forges her own career path.

One prominent piece of advice imparted by her father is “if you can’t talk about it publicly and with pride, don’t do it,” she recalls.

“I have lived my entire life by this. Working with integrity and in an ethical manner is so important and I’ve seen the effect that it has had around me.

“The second is that ‘ownership is a birthright, but management is earned.’ Having come in from a successful stint as a fashion entrepreneur, it was incredibly humbling to start from the grassroots level with multiple line managers – this is one of the best things he could’ve done for me. I have had the opportunity to work with every employee across departments in our organisation and have been mentored by some of the industry’s best. This is invaluable learning that you cannot get from a classroom.

“The third is that everything you do begins and ends with people. You cannot live in a silo and have to build inter-dependence with people by surrounding yourself with complementary skills. Whether it’s paying your vendors and employees on time, or giving the underdog a chance to prove themselves; value your people and they will respect you for it.”

Wahi found herself on the receiving end of this third tenet when she first joined the board of CMA – a move that she says was “very exciting”, while admitting “I was very intimidated as I got board packs and information I was not familiar with”.

She explains that the company’s CEO and other senior team members “helped me get past the initial ‘butterflies’ – particularly looking at budgets, policies, processes, and so on. Within a year I was looking forward to meetings so that I could contribute to ideas”.

And being young, Wahi says she could bring a different perspective to proceedings.

“Being young has its advantages as you bring energy and new ideas to the business. Having just got out of university, I had some fresh memories on how to add value to our operations.”

A new chapter opened up for Wahi recently following the birth of her son, Jai. And while she jokes “I can now change a diaper and send an email at the same time”, the businesswoman believes motherhood has forced some changes to her way of working.

“The responsibilities of a baby are something you realise only when you have your own child. It is not a part time responsibility as the baby is 100 per cent dependent on its mother and that can be very taxing.

“Motherhood can make a person incredibly efficient. One just needs to learn how to adapt and multi-task. I am more productive than I’ve ever been.

“My greatest support at work came from our CEO, Dan Adkins, who was so understanding and gave me the flexibility I needed. He made just one thing clear, “it doesn’t matter how you manage, the work must get done”.

“I also have great support from my husband who comes in whenever I have pressing commitments and takes over as a loving dad. The balance at this stage of our life comes from an equal partnership.”

Balance is something Wahi must know a lot about, having balanced her various roles, and prior to that a series of degrees and courses from Canada, the UK, and the UAE.

And on the topic of education, she explains that her variety of experiences has helped shape her approach to business and life, and that no matter what age she is, learning will always be an important part of her life.

“You never stop learning,” she says. “Education is very important to get structure, but it is not just in textbooks; it’s in real world experiences, in your classmates, in culture.

“Having studied and worked in different countries has been the best learning curve. As an example, if you look at Dubai, there are 200 nationalities that live and work here. It’s the greatest melting pot of cross-cultural empathy. Dubai has been the greatest learning ground for me from my childhood.”

Wahi plans to put that learning into practice as she helps to develop CMA in the months and years ahead – a future that she firmly believes will be built on the company’s people.

“Your biggest strength in a business is the quality of people around you,” she says.

“Achievement for me is in seeing the lives of others change for the better. I want us to be an employer of choice; people should want to work with us, partner with us, study with us.

“When we grow as a Group, our people grow with us.”