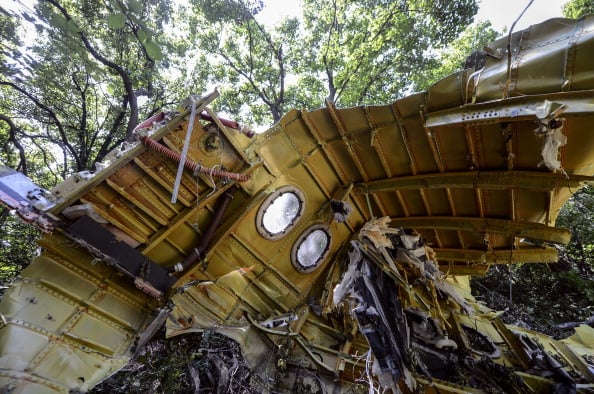 The global aviation industry will be reviewing processes for flying over conflict zones and has also called for better control of anti-aircraft weapons following the shooting down of MH17 over Ukraine earlier this month.

“The tragic shooting-down of MH17 was an attack on the whole air transport industry,” said Tony Tyler, IATA’s director general and CEO.

“The world’s airlines are angry. Civil aircraft are instruments of peace. They should not be the target of weapons of war.”

Malaysia Airlines flight MH17 was shot down by an earth-to–air missile over eastern Ukraine while en-route from Amsterdam to Malaysia on July 17, killing all the 298 people on board. Both Ukrainians and pro-Russian rebels put the blame on each other, and investigations are still on to find out who fired the missile.

The UN- governed ICAO is now planning to establish a senior level task force composed of state and industry experts to address the civil aviation and national security issues arising from MH17.

The aviation industry has also asked the ICAO to address two measures: firstly, fail-safe channels for essential threat information to be made available to civil aviation authorities and industry.

“We were told that flights traversing Ukraine’s territory at above 32,000 feet would not be in harm’s way. We now know how wrong that guidance was. It is essential that airlines receive clear guidance regarding threats to their passengers, crew and aircraft,” said Tyler.

“Such information must be accessible in an authoritative, accurate, consistent, and unequivocal way. This is the responsibility of states. There can be no excuses. Even sensitive information can be sanitised and still remain operationally relevant.”

The second aspect is the need for an international law to govern the design, manufacture and deployment of modern anti-aircraft weaponry.

“Weapons of war —including powerful anti-aircraft weaponry— are also in the hands of non-state entities. We have conventions that address chemical, nuclear, and biological weapons, plastic explosives, and weapons trade generally. But there is no international law or convention to manage them as exists for many other forms of weaponry,” said Tyler.

“MH17 shows us that this is a gap in the international system which must be closed,” he said.

Despite the recent airline tragedies, Tyler re-assured the public that flying remains safe and secure.

“Every day about 100,000 flights take to the air and land safely. The systems supporting global aviation have produced the safest mode of transportation known to humankind. There is no need for major surgery.

“But we must identify and close some specific gaps in the system that, however infrequently, lead to unspeakable mistakes and tragedies,” he added.