Speed Limits: How Fast Can You Drive On Dubai's Roads? - Gulf Business 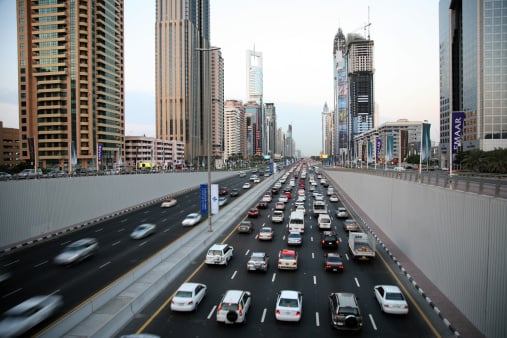 Dubai motorists committed more than 2.3 million traffic offences in 2013, out of which around 1.19 million were speeding offences, statistics from Dubai Police show.

Such alarming figures have prompted authorities to introduce various measures such as installing additional cameras on roads and reducing the grace limit of radars.

Electronic board signs or intelligent traffic signs have also been installed and display a speed limit depending on the traffic present on the roads.

While all these measures are aimed at checking over-speeding, they have also caused confusion among motorists about the assigned speed on a particular road.

In its latest list of speed limits and radar settings, Dubai Police clarified details and confirmed that speed limits have mostly remained unchanged.

Highways such as Emirates Road, Dubai-Al Ain Road, Hatta Road, the Lahbab Road and the Aweer-Lahbab Road continue to have a speed limit of 120 kmph while radars will retain a grace limit of 20 kmph, allowing motorists to drive up to 140 kmph before they get fined.

Sheikh Zayed Road will continue to have two speed limits with the speed changing at Interchange five. Motorists can accelerate up to 100kmph until they approach Interchange five, after which the limit extends to 120 kmph on the road heading towards Abu Dhabi. The radars will have a 20 kmph grace limit, the police confirmed.

Ittihad Road, Ras Al Khor Road, the Airport Road and Business Bay crossing will have a limit of 100kmph with a grace limit of 20kmph. 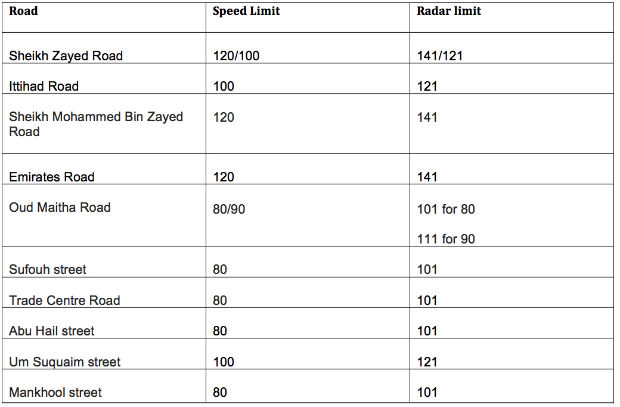