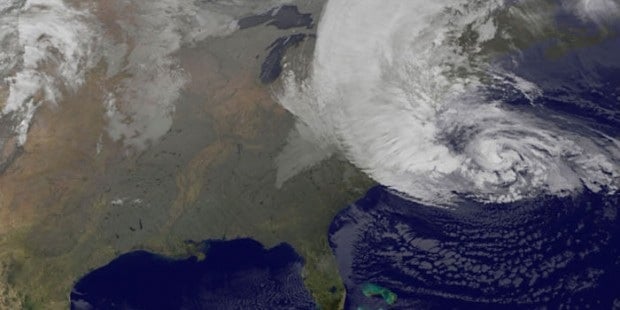 Emirates has suspended its triple daily services to JFK Airport on Monday and Tuesday, affecting EK201, EK203 and EK204 flights today, and EK203 and EK204 have been withdrawn tomorrow.

Passengers holding tickets to and from New York are advised to contact their local Emirates office and check the status of their flight online.

Rebooking and re-issue charges shall be waived for passengers ticketed to travel between October 29-31, and rebookings are also possible for an available flight to the same destination for travel within a seven-day period after the scheduled departure time – but not on tickets issued as a part of an inclusive tour by a tour operator or travel agent.

Etihad Airways has cancelled flights EY101 (Abu Dhabi-New York) and EY100 (New York-Abu Dhabi) on Monday, although it remains hopeful that regular operations can resume on Tuesday. Qatar Airways’ flights to New York and Washington have been cancelled today.

Virgin Atlantic states flights to and from New York, Washington and Boston have been cancelled – and the same three destinations are off limits for Air France passengers too, which is offering rebooking opportunities until November 4.

While most of the attention has been on JFK, the Port Authority of New York and New Jersey said severe weather associated with the landfall of Hurricane Sandy is expected to cause significant disruption to operations at LaGuardia Airport too. Up to 7,200 flights have been cancelled across the region.

New York is bracing itself most for the ‘superstorm’, which could endanger up to 50 million people in the heavily populated state.

All PATH (Port Authority Trans Hudson) train services and stations will be shutdown at 12:01am on Monday until further notice.