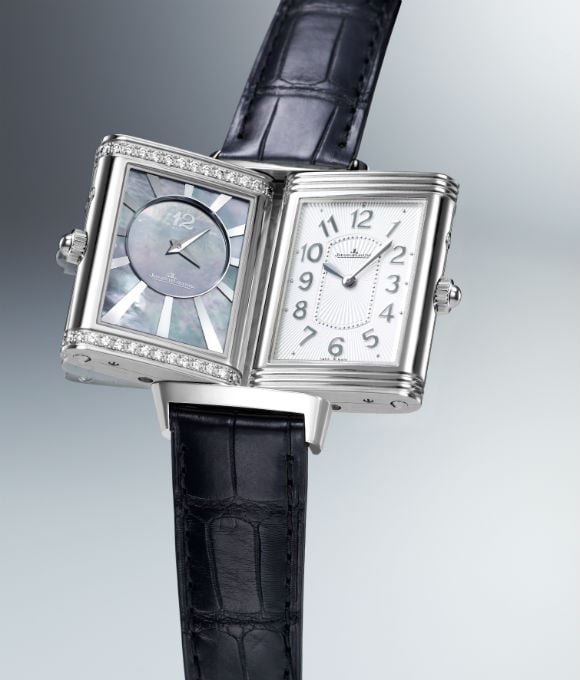 Ladies’ watches are set to be given greater focus by some of the world’s biggest brands in 2013, if the announcements from SIHH this week are anything to go by.

Brands including Piaget, Jager LeCoultre and Vacheron Constantin all announced new lines for their female admirers, as well as a shift in strategy for their Middle East stores.

The Swiss watchmakers made their announcements at Salon International de la Haute Horlogerie in Geneva, with Jager LeCoultre celebrating its 180 year anniversary with the release of its Grande Reverso Lady Ultra Thin Duetto Duo, a reversible ladies’ watch with a dual watch face to incorporate a second timezone.

Audemars Piguet, usually renown for its masculine watches, announced a shift in its market focus from what was previously 75/25 to men/women.

The company is bringing in a new advertiser to help with their push directed towards the ladies’ market.

Vacheron Constantin launched its Metiers d’Art Florilege range – a line of flower decorated timepieces. A spokeswoman for the brand said: “We’ve dedicated most of our lines this year to ladies.”

Speaking at Vacheron Constantin’s SIHH announcement, the spokeswoman also said the brand’s 2013 line would include larger dials than normal.

Piaget also announced the same change in the size of its watches as well as the launch of the world’s thinnest minute repeater, set to go on sale in the Middle East from September

“Women in the Middle East like bigger watches, so we have launched the 32mm,” said a spokesman for the luxury watch and jewellery brand.

“We’re changing some stores in the Middle East, including the one in Dubai Mall with the new store to be 5,000 sq ft,” he added.

Parmgiani also announced a restructure to its Middle East direction, with the moving of its store in Dubai’s Wafi Mall to the Dubai Mall, and a new opening in Abu Dhabi in the second half of the year.