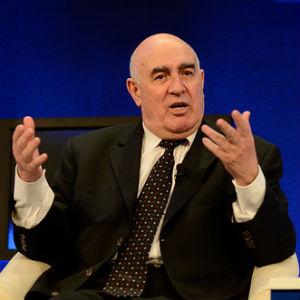 The head of Kuwait’s biggest bank blasted the country’s political deadlock in a rare public outburst for the Gulf Arab region, underscoring business leaders’ frustration with an impasse that has delayed much needed economic development.

Kuwait has seen eight governments come and go in just six years due to bickering between the parliament and cabinet. The last government resigned in June after Kuwait’s constitutional court dissolved a parliament elected in February.

Fresh elections are expected to be held after the holy month of Ramadan, due to begin later this week.

His comments came as NBK reported a surprise 42 per cent drop in second-quarter profit, which some analysts took as a sign of the damage being wrought by the political stalemate.

“A lot of people are concerned by the political deadlock and the impact this has had on the economy,” said Fadi Al Said, head of investments at ING Investment Management in Dubai.

“Because of the back and forth, the plans to spend on infrastructure have not gone through and this would have helped (the profitability at) the banks and other companies.”

A KD30 billion ($106.3 billion) economic development plan, first announced in February 2010 and desperately needed to diversify the country’s oil-dependent economy and modernise key infrastructure, has failed to materialise because of perpetual political turmoil preventing its passage into law.

Meanwhile, the stock market has fallen 62.7 per cent from its June 2008 peak and the International Monetary Fund warned in May that Kuwait would exhaust its oil savings by 2017, despite 13 years of fiscal surpluses from high oil prices, if it kept spending money at the current rate and didn’t enact economic reforms.

NBK, whose largest shareholder is the government of Kuwait with a five-per cent stake, posted a net profit of $140.2 million in the three months to June 30, according to Reuters calculations, down from $240.2 million for the same period of 2011.

The figure, based on financial statements, was well below the estimates of analysts who on average forecast a profit of KD79.33 million ($281.2 million).

NBK’s results were a “highly negative surprise,” said Naveed Ahmed, senior financial analyst at Global Investment House in a note, adding the second-quarter performance meant it was likely to revise its projections for 2012 downwards.

Second-quarter profit was hit by a $96.4 million provision which the bank took due to “further potential deterioration in our operating environment,” it said in a results statement.

In June, the bank offered KD581 million for the 52.7 per cent of Boubyan Bank it does not already own, to boost its presence in Islamic banking across the Gulf region.