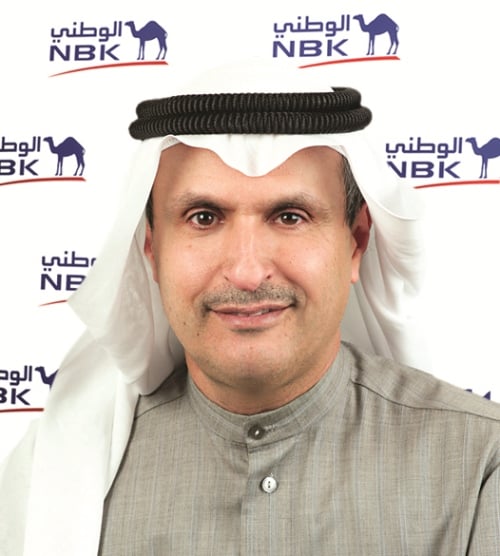 Al Sager, NBK’s deputy group CEO since 2010, earlier served as the bank’s Kuwait CEO. A veteran of the bank, he joined NBK in 1987 and has held a range of managerial positions since 1992.

Outgoing CEO Ibrahim Dabdoub, who is one of the longest serving CEOs in the region, worked with NBK for over 53 years, including 30 years at its helm.

Dabdoub helped the bank grow from a local lender into one of the Middle East’s biggest financial institutions. NBK, which reported a net profit of $844 million in 2013, now operates in 16 countries and has total assets of $66 billion.

Dabdoub will continue to serve the bank as an advisor to the board, NBK said in a statement.

The bank also announced that it has appointed NBK Kuwait CEO, Shaikha Khaled Al Bahar, as the deputy group CEO.

Al Bahar, who previously served as NBK Kuwait deputy CEO, has worked with the bank since 2003.

The board also confirmed that the lender will continue with its current strategy, “strengthening its leading position both locally and regionally”.