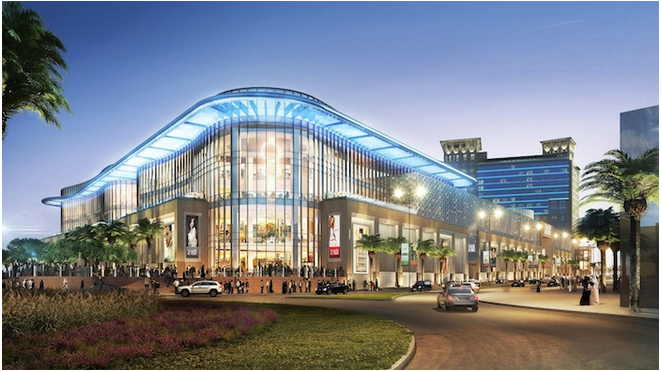 Kuwait’s largest mixed-use waterfront project is progressing on schedule to open in the fourth quarter of 2017, its developer Tamdeen has confirmed.

The Al Kout project will offer retail, lifestyle and leisure experiences aimed at reflecting the architectural heritage of Kuwait.

A major component of the development is the replacement of Al Manshar Mall and four residential towers with the new Al Kout Mall, built at a cost of KD 70m (around $235m).

The new mall will serve as the largest shopping centre in southern Kuwait with over 100,000 square metres of retail leasable area, a statement said.

Leasing for the mall is ongoing with “huge interest” from international and regional players, Tamdeen said.

So far, the mall is over 50 per cent leased and committed for by tenants. Among those confirmed include Zara, Sephora, GAP, Victoria’s Secret/Pink, Infunity – Family Entertainment and a 12-screen Cinescape cinema.

Anchor tenants will move into the mall in 2017, ahead of the opening.

“Construction is well underway and we are building the mall to the highest specifications,” said chief executive of Tamdeen Shopping Centers Ahmed Al Sarawi.

It will also have a multi-storey car parking to accommodate 3,600 cars.

The mall will be managed and operated by GLA.

The adjacent luxury 200-suite Rotana Hotel is also undergoing a redevelopment with a new 3,700 sqm ballroom being added to the property. The facility will cater to growing demand for venues to host weddings, conferences and other gala events.

The hotel will also be connected to the shops and restaurants within the new Al Kout Mall.

The mall will also be linked by a signature bridge to the redeveloped Souq Al Kout, which will offer upscale retail and views of the marina.

Meanwhile the project’s 1.6 km of seafront access across Fahaheel Beach is now being renamed Sahel Al Kout. The beachfront will be integrated with the Marsa Al Kout marina which has facilities for over 150 boats.

Upon completion of all phases, Al Kout will occupy a 300,000 sqm of area, creating Kuwait’s largest waterfront mixed-use destination.

Chairman of Tamdeen Group Mohammed Jassim Khalid Al Marzouq said: “The new Al Kout in southern Kuwait is set to become an Arabian landmark through its fusion of traditional architecture and modern contemporary design and will be a true representation of the growing lifestyle, shopping, leisure and entertainment aspirations of our country.”

The Tamdeen group currently has projects worth $2bn in the pipeline to be developed across Kuwait.