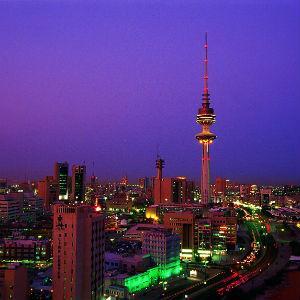 The IMF said Kuwait’s fiscal stimulus had helped non-oil sectors to recover from the global financial crisis, Governor Mohammad al-Hashel was quoted as saying by KUNA.

The IMF was in Kuwait on a regular visit between April 18 and 30, Hashel told KUNA.

Around 3,000 Kuwaiti customs workers went on a week-long strike in March, which disrupted traffic at ports, demanding higher salary increases despite the government plan for a 25 per cent rise in public wages. Employees at national carrier Kuwait Airways grounded planes for three days during a walkout.

The IMF said that the rising cost of retirement would also put pressure on public finances, KUNA reported. Only seven per cent of Kuwaitis work in the private sector, the report also said.

Policymakers and economists in Kuwait, a member of the Organisation of the Petroleum Exporting Countries, have warned that growth in public-sector salaries is unsustainable in the long term. They say it also puts pressure on private sector wages and could fuel inflation, which reached a four-month high of 4.1 per cent on an annual basis in March.

The IMF expects Kuwait will keep up its “liquidity support” during 2012 and allow interest rates to remain low to encourage credit growth, KUNA said.

“The report predicts increased recovery of the economy this year led by high Kuwaiti government spending,” it said. Real GDP is seen at 6.6 per cent, it added, compared to 8.3 per cent in 2011.

Kuwait, which pegs its dinar to an undisclosed basket of currencies believed to be heavily dominated by the U.S. dollar, last changed its key discount rate in February 2010, when it cut it by 50 basis points to 2.50 per cent to spur non-oil growth.