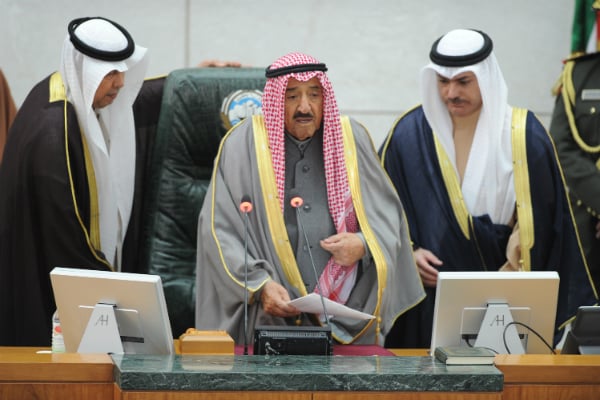 It cited the Emiri Court Affairs Minister Sheikh Nasser Sabah al-Ahmad al-Sabah as saying that the 88-year-old Sheikh Sabah would undergo “a normal medical checkup after going through a cold.”

The agency gave no further details.

A veteran diplomat, Sheikh Sabah has been recently led mediation efforts to heal a bitter rift between some Arab countries, including regional powerhouse Saudi Arabia, and Qatar over allegations that Doha supported terrorism, a charge Qatar denies.

Born in Kuwait on June 16, 1929, Sheikh Sabah is known as the “dean of Arab diplomacy” for his work as foreign minister to restore relations with Arab states which backed Baghdad during the 1990-1991 Gulf War, when Kuwait was occupied by Iraqi forces.

He was nominated ruler of the key U.S. regional ally and OPEC oil exporter in 2006, after Emir Sheikh Jaber al-Ahmad al-Sabah died and his successor, Sheikh Saad al-Abdullah al-Sabah, was appointed only to be unanimously voted out of office by parliament due to illness.