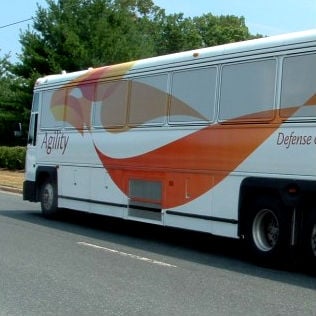 Agility made a net profit of KD12.9 million ($45.54 million) in the three months to June 30, up from KD11.5 million in the same period a year ago, according to a bourse statement.

The firm said it remains suspended from bidding for new contracts with the United States government pending the resolution of court cases the U.S. has filed against Agility.

The U.S. Department of Justice is seeking “substantial damages” from Agility and the two parties are in settlement discussions, the statement said.

Agility was a major supplier to the U.S. Army in the Middle East.

In July 2011, a U.S. appeals court ruled against an attempt by the logistics firm to avert prosecution over charges it defrauded the U.S. Army in multibillion-dollar contracts.