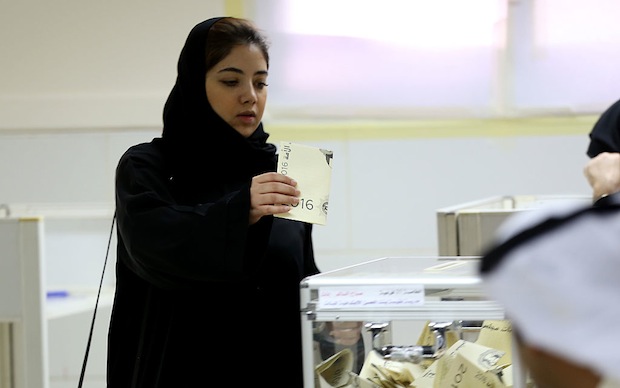 Kuwaitis voted on Saturday in an election energised by the participation of opposition candidates for the first time since 2012 and focused on recent government austerity measures aimed at tackling the oil-rich nation’s deficit.

The parliament of Western-allied Kuwait was due to run until July 2017, but the emir, Sheikh Sabah al-Ahmad al-Sabah, dissolved it in October, saying “security challenges” in the region – an apparent reference to wars in Iraq and Syria – should be met by consulting the popular will.

More than 290 candidates, including 14 women, are standing for 50 seats in an assembly that enjoys legislative powers but has often been at odds with the government of one of the world’s wealthiest countries, thwarting attempts to strengthen fiscal discipline.

Turnout appeared to be low in the first few hours after polls opened but officials said they expected a pick up before close at 8.00pm. Many of the voters who cast their ballot after polls opened at 8.00am said they hoped the election would inject new blood into parliament.

“I hope we will have a better parliament than the previous one,” said a 22-year-old Islamic Waqf Affairs ministry employee after she voted for the first time at a girls’ school in the upper middle class al-Rawda district in southern Kuwait City.

“We want young men who can help turn Kuwait into a financial and commercial hub, and who can help give people their rights without the help of influential people,” said Amal Abul, 45, a department head at the education ministry.

The opposition, comprising Islamists, liberals and pan-Arabists, won a majority in the February 2012 election but boycotted another in December that year over changes to voting rules that activists said favoured pro-government candidates.

Campaigning has focused mainly on austerity measures adopted in the past year after officials forecast a deficit of 9.5 billion dinars ($31 billion) for the 2016/17 fiscal year. The OPEC state relies on oil for about 90 percent of its revenues.

Although the deficit is likely to be smaller than forecast as it was based on an oil price of $25 a barrel, many Kuwaitis fear the government will try to raise prices further and cut many of the perks they have enjoyed for decades, including free health care, education, subsidised basic products, free housing or land plots and interest-free loans to many citizens.

The cabinet has approved economic reforms, including increasing gasoline prices by as much as 80 percent.

“The raising of fuel prices and electricity prices has severely hurt citizens,” 23-year-old Abdallah, said after he cast his ballot at a public school in the upper middle class al-Rawda district in Kuwait City.

Kuwait, a U.S. ally occupied by Iraq in 1990-91, has relatively open politics by Gulf standards and has avoided the protests that have rocked several Arab states since 2011.

But a series of assemblies have been dissolved due to power struggles between the opposition and the cabinet, in which the ruling family holds top posts.

While the assembly can pass legislation and question ministers, the emir has the final say and picks a prime minister who selects a cabinet.

Asked if she wanted to see women in parliament, she said: “If they are qualified, yes. But that is not an issue.”