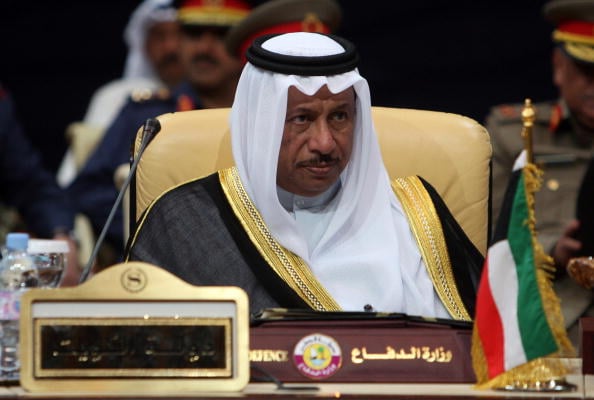 A Kuwaiti lawmaker has filed a request to question the prime minister in parliament over housing and graft, in a sign of renewed political discord in the major Gulf oil producer.

The move against Sheikh Jaber al-Mubarak al-Sabah, a senior ruling family member, comes just two days after the opening of parliament, where officials have said tackling a shortage of government-funded housing is a priority.

A government poll has shown that housing is the most pressing issue for Kuwaitis who say they have to wait up to 20 years for a government-subsidised home. Campaigners have frequently linked the housing issue to corruption.

MPs and campaigners have said they will put pressure on the cabinet, which is headed by Sheikh Jaber. MP Riyadh al-Adsani submitted the request on Thursday, state news agency KUNA said.

The welfare system poses a dilemma for Kuwaiti officials, who are concerned that the country is spending money too fast. The International Monetary Fund has said Kuwait’s expenditures will exceed oil income in 2017 if the spending bill keeps rising at the current rate.

Kuwait has one of the most open political systems in the Gulf Arab region with an elected 50-member parliament that has the power to block legislation and question ministers in sessions known as “grillings”.

Tensions between parliament and the cabinet have slowed economic development in Kuwait, one of the richest countries in the world relative to its population size. Parliamentary elections held in July were the sixth in seven years.

Parliaments have been repeatedly dissolved over procedural disputes or for challenging the government in which members of the ruling family hold top posts. Grilling requests have led to dissolutions because ministers want to avoid questioning or a vote of no confidence that would prompt a resignation.

Under the government housing programme, Kuwaiti men can apply for a home after marriage and receive a loan for it which is paid off slowly. But the waiting list has grown to more than 100,000 and is expected to grow by thousands each year in a country where more than half of nationals are under 25.

Kuwaitis are used to a generous support system which also offers them free education and healthcare, as well as having access to subsidised petrol and electricity, like all of the country’s 3.8 million residents. Foreigners make up around two thirds of the population.

However, Sheikh Jaber warned this week in an introduction to the government’s programme that Kuwait’s welfare state is unsustainable.

Almost all of Kuwait’s revenues come from oil and like other wealthy Gulf Arab countries, it does not tax earnings. Spending programmes and the relatively high quality of life in Gulf Arab countries are often seen as having helped the region escape Arab Spring-style upheaval.