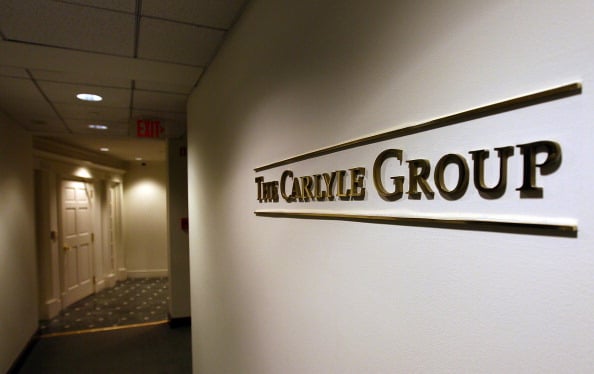 A Kuwaiti investment firm is alleging that private equity giant Carlyle Group LP sold it a fixed income fund in 2006 without the necessary licence, and is seeking approval for its lawsuit against the US firm to be heard in Kuwait rather than the United States.

The case illustrates some of the potential legal pitfalls which U.S. and European private equity firms operating in the Gulf face. Over the last several years they have flocked to the region, attracting hundreds of millions of dollars of investment from the Gulf’s wealthy sovereign funds and family-owned firms.

National Industries Group (NIG), a company controlled by one of Kuwait’s biggest merchant families, invested $25 million in Carlyle Capital Corp (CCC), a fixed income fund launched by Carlyle in 2006. The fund, which raised over $1 billion, collapsed during the credit crisis in 2008 after defaulting on about $16.6 billion in debt.

Investors in the fund, an early victim of the credit crisis and an example of the flaws associated with using excessive leverage, included Carlyle’s co-founder David Rubenstein and other Gulf Arab funds.

In 2009, NIG filed a fraud suit against Carlyle in Kuwait seeking to recover its investment and alleging that the private equity firm had misrepresented facts while marketing the fund.

Carlyle says that as part of the contract with NIG, any disputes arising from the investment should be resolved in the court system of the U.S. state of Delaware. But in a statement issued on Sunday, NIG claimed its investment contract with Carlyle was void because the U.S. firm did not have a securities licence to offer investment products in Kuwait.

NIG therefore sought approval from the Delaware court system to dismiss litigation there and allow the Kuwait suit to go forward, moving the case to the jurisdiction of its own national court system.

“Carlyle was more than happy to conduct its sales presentations in Kuwait and close its deals in Kuwait,” Ahmed Hassan, general manager of NIG, said in the statement.

“But now that the moment has come to deal with the ugly aftermath and the firm’s attempts to mislead and deceive its own investors, Carlyle would prefer to try its luck in Delaware.”

Rory MacMillan, a spokesman for Carlyle in London, declined to comment.

Along with marketing its global funds, Carlyle also runs a $500 million Middle East and North Africa fund and has made investments in Saudi Arabia and Turkey. Its key shareholders include Mubadala Development Co, a state-owned investment firm of Abu Dhabi.

NIG, controlled by the powerful Kharafi family, was itself hit hard by the 2008 financial crisis. Investment firms such as NIG borrowed cheap short-term cash in the boom years to fund an asset-buying spree, both in Kuwait and overseas, but found they couldn’t refinance the debt once borrowing costs rose.

Earlier in August, NIG said it would repay its $475 million Islamic bond, or Sukuk, at maturity, dropping earlier plans to obtain a four-year extension from creditors.