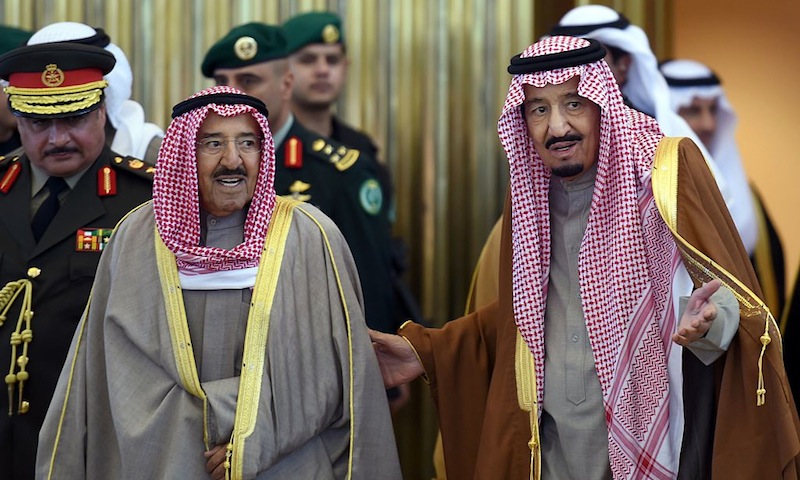 Kuwait’s emir left Saudi Arabia after what state news agency KUNA described as a “brotherly visit” but there was no word on the outcome of the talks with King Salman bin Abdulaziz on a major diplomatic rift.

State news agency KUNA said Emir Sheikh Sabah Al-Ahmad Al-Jaber al-Sabah left Jeddah along with senior officials who accompanied him. It was not immediately clear if he was flying straight home or making any stops on his way back to Kuwait.

The Saudi state news agency had earlier reported that King Salman and Sheikh Sabah had discussed the “development of events in the region,” but gave no details.

“We are willing to sit and talk,” al-Thani said in an interview with CNN, aired on Tuesday.

He said Qatar believed in diplomacy and wanted to promote peace in the Middle East. It was also combatting terrorism, he said.

“We are not a superpower here, we are not believing in solving things with confrontation,” he said.