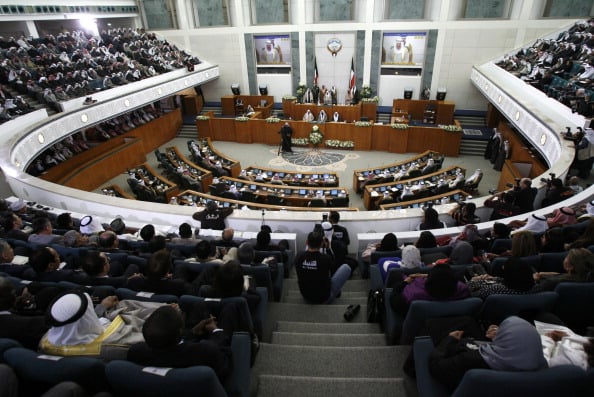 A Kuwait court on Monday acquitted 70 people, including nine former lawmakers, of storming the parliament in 2011 in an unprecedented protest against the then prime minister, a senior member of the ruling family.

Kuwait, a U.S. ally and major oil exporter, has largely weathered the popular uprisings that ousted autocratic rulers elsewhere in the Arab Spring, thanks in part to its generous welfare state.

But the blocking of a request by lawmakers to question then prime minister Sheikh Nasser al-Mohammad al-Sabah about corruption allegations prompted the 2011 protesters to force their way into parliament, in contrast to previous peaceful sit-ins. Sheikh Nasser, a nephew of the emir, denies the allegations.

Monday’s acquittal of the protesters “was expected because there was no crime but it was a peaceful expression (of discontent) as a reaction for cancelling the questioning (of the prime minister),” Fawaz al-Jadey, a member of the defence team, told Reuters.

He said the verdict was subject to an appeal by the prosecutor.

Protesters stormed the parliament, demanding it should be sacked, the day after it voted against the request to question Sheikh Nasser in the assembly.

Footage showed people including some MPs pushing security guards aside as they forced open the doors of the assembly. Some jumped on a table inside the assembly room while white headdresses worn by Gulf men were strewn on the floor outside.

The protesters shouted: “The people want to bring down the head (of government)”, echoing the demands of thousands of demonstrators in Egypt earlier that year calling for the ouster of president Hosni Mubarak.

Kuwait allows more freedom of speech than some other Gulf states but a protracted standoff between the elected parliament and a government dominated by the Al-Sabah ruling family has dominated the political scene for years.

There were some large-scale demonstrations in 2012 after the country’s ruler changed its electoral law. But the protest movement has largely dwindled since then and Kuwait has shown limited tolerance for dissent.