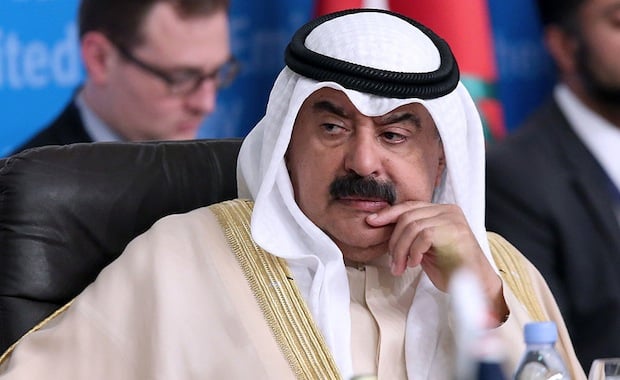 Kuwait has welcomed Iran’s willingness for dialogue with its Gulf Arab neighbours, saying any talks are likely to help resolve civil wars in Syria and Yemen, according to Kuwaiti state news agency KUNA.

Iran and U.S. ally Saudi Arabia, which dominates the Gulf Cooperation Council (GCC), back opposite sides in Syria and Yemen. U.S. President Donald Trump has added extra strain by ratcheting up pressure on Iran over its missile programme.

Saudi Arabia and other members of the GCC accuse Iran of using sectarianism to interfere in Arab countries and expand its sphere of influence in the Middle East.

Such a dialogue would “contribute effectively to containment of many areas of tension in the region, whether in Yemen or in Syria or anywhere else in our region,” KUNA quoted Jarallah as saying at a reception at the Iran’s embassy in Kuwait.

Referring to a letter sent in January to Iran’s President Hassan Rouhani by Kuwait’s Emir Sheikh Sabah al-Ahmad al-Sabah on the “basis for dialogue” between the six-member GCC and Iran, Zarif said Tehran hoped the message would show that Gulf states were willing “to resolve the issues”.

“In that case, Iran is also ready. We should all look forward and agree that we should aim together for a future that looks different,” Iran’s Ettelaat newspaper quoted Zarif as saying on Tuesday.