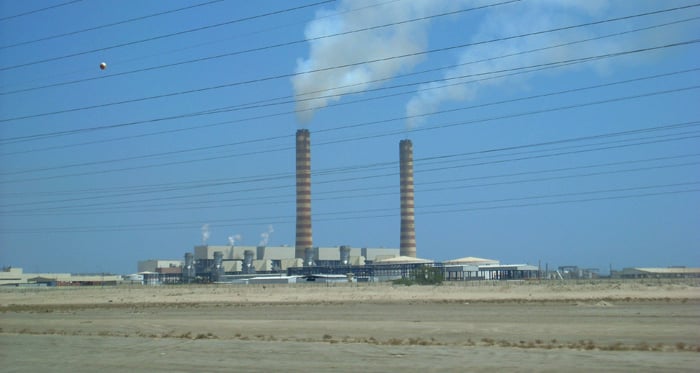 Kuwait is set to secure $1.43 billion in financing from a consortium of banks for a power and desalination plant, one of the major projects in the Gulf Arab state’s development plan, National Bank of Kuwait (NBK) said.

The Az-Zour North Power and Desalination project is Kuwait’s first public-private partnership (PPP) and a test for a country which has struggled to invest in infrastructure and attract foreign investors, partly due to political instability and bureaucracy.

Kuwaitis will be offered half the Az-Zour plant through an initial public offering once it starts working, NBK said.

Kuwait is in need of additional power capacity. Like other Gulf Arab countries, it has high energy use per capita, particularly during the scorching summer months when air conditioning demand surges.

The plant is part of a KD30 billion ($106 billion) development plan announced in 2010, which also includes a refinery, new airport and major causeway.

The plan is aimed at diversifying the economy and updating Kuwait’s infrastructure which is out-moded when compared to regional peers such as the United Arab Emirates.

Hyundai, which said on Sunday it had taken over the contract from a GDF Suez-led consortium, said the first phase would be completed in the fourth quarter of 2016.

“This is an indication of the improvement in the execution of Kuwait’s Development Plan,” Shaikha al-Bahar, chief executive of NBK’s Kuwait business said in the statement issued on Saturday.

Azour North One KSCC and Kuwaiti institutions will own 40 per cent and 10 per cent of the project respectively through a special purpose project company, the NBK statement said.