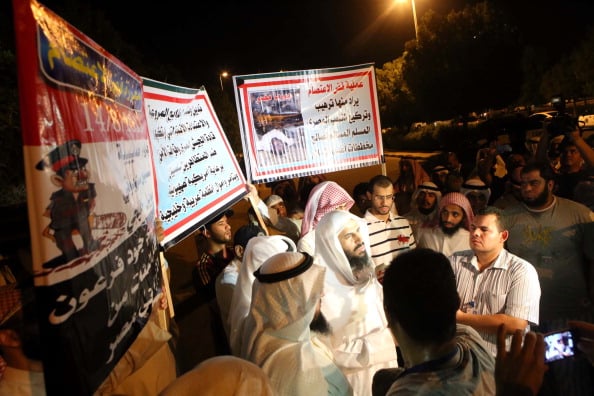 Kuwait plans to deport nine Egyptians who demonstrated against the Egyptian army crackdown on the Muslim Brotherhood that has killed hundreds of people, a security source said on Monday.

Kuwait, a major oil exporter allied to the United States, gave Egypt $4 billion in aid last month. It was part of a $12 billion package offered by Gulf Arab states to shore up Egypt’s economy after the army ousted the country’s first freely elected president, the Brotherhood’s Mohamed Mursi, following protests against his rule.

Dozens of Egyptians joined Kuwaiti activists who had organised demonstrations at the Egyptian Consulate and the U.S. Embassy in Kuwait last week to protest against the deaths caused by the forcible breaking up of pro-Mursi protest camps in Cairo.

The security source, who declined to be identified, said the nine slated for deportation were “prominent participants suspected of incitement and chanting hostile slogans”.

He did not rule out further expulsions, saying the investigation was still going on.

“For us, gatherings are banned, regardless of the reasons or the motives behind them,” the security source told Reuters.