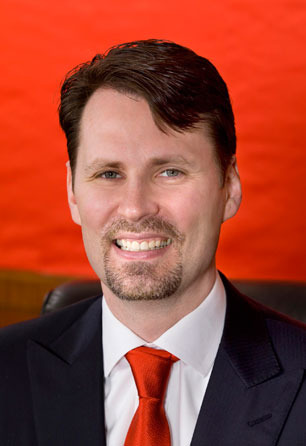 Gegenheimer will start his new role immediately, Zain said, replacing Nabeel bin Salama, who in October announced he would step down as group CEO at the end of his contract in February 2013.

Gegenheimer joined Qatar Telecom (Qtel) subsidiary Wataniya in 2002, became CEO in 2008 and resigned from the company in June this year.

Kuwait is a lucrative telecom market, with its wealthy citizens heavy consumers of mobile data, but stiffening competition, tax changes and a lack of an independent regulator has darkened the sector’s outlook.

Zain is the market leader with an estimated 41 per cent share of the country’s mobile subscribers at 2011-end, also operating in Saudi Arabia, Sudan, South Sudan, Iraq, Bahrain, Lebanon and Jordan.

Wataniya is the No.2 operator, claiming 39 per cent of Kuwait’s mobile subscribers. It also has units in Tunisia, Algeria, the Palestinian Territories, Saudi Arabia and the Maldives.