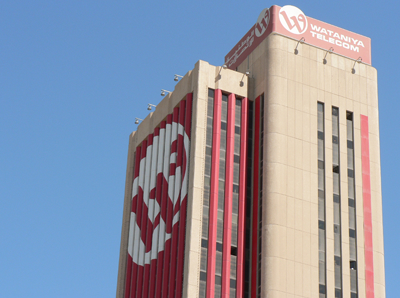 Wataniya, Kuwait’s No.2 telecom operator, reported a 46 per cent jump in fourth-quarter profit on Wednesday, according to Reuters calculations.

Wataniya made a net profit of 18.4 million dinars ($65.3 million) in the three months to December 31, up from 12.6 million dinars in the year-earlier period. Reuters calculated the figure based on financial statements.

The result beat the forecast of an analyst at EFG Hermes, who had expected a net profit of 13.5 million dinars for the period.

The firm, a subsidiary of Qatar’s Ooredoo, had reported declining profits in the six of the eight preceding quarters and last March it appointed Abdulaziz Fakhroo as chief executive, its third CEO in less than a year.

Wataniya’s full-year profit was 76.1 million dinars, up slightly from 75.5 million dinars in 2012, according to a bourse filing in Kuwait.

Its board has recommended a cash dividend of 0.125 dinars per share for 2013, the statement added.