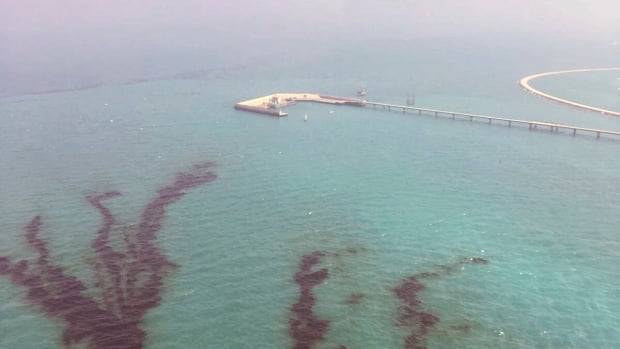 Kuwait’s state oil company said on Tuesday that an oil spill off the country’s coast had been contained and that it was in contact with oil companies operating in the Gulf region to try to locate the source of the leak, state news agency KUNA said.

Kuwait Petroleum Corporation said large amounts of the leaked oil had been removed and the rest contained during around-the-clock emergency operations that include air and sea monitoring.

At least two spillages have hit different areas off the coast of the Gulf Arab state since last week.

Kuwait reported a spill on Friday in the Ras al-Zour area near the southern border with Saudi Arabia and on Tuesday at Abu Fatira, about 15 miles (25 km) south of the capital Kuwait City. Authorities have not said what caused the spills.

The size of the first spill was not given last week. Kuwait said on Tuesday the second spill spanned one nautical mile.

Kuwait’s oil minister said on Monday that neighbouring Saudi Arabia and Iran had said they had not detected any oil spillage in their waters.

The minister also said on Monday that electricity and water production had continued at full capacity at the Al-Zour North and Al-Zour South plants.

Ras al-Zour is where Kuwait National Petroleum Co is building the Middle East’s largest oil refinery, with a processing capacity of 615,000 barrels per day and $11.5bn worth of contracts.