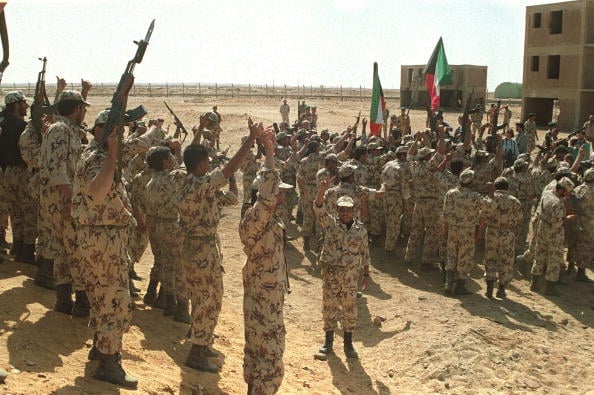 The new legislation mandates all men to undergo compulsory military training as they reach the age of 18. They are further required to be in the reserve forces until the age of 45 years.

After being drafted all conscripts will also be required to undergo 30 days of military service every year until they turn 45.

The law will be implemented by 2017, media reports implied.

Citizens looking to evade being drafted into the army will face a two-year jail term.

But those who turn 35 at the time of implementation will be exempted.

Military training can also be delayed if the candidates want to complete their studies, are single sons or have dependents who are handicapped.

Kuwait, which suspended obligatory military service in 2001, has been periodically debating whether to reinstate the service. However, such suggestions were shot down by military commanders who were concerned about the logistical burden that the ruling would impose on the army.

Kuwait’s move follows that of the UAE, which introduced mandatory military service for its citizens in 2014. The Emirates, whose ruling saw widespread public support, recruited the first batch of military conscripts last year.

Qatar too reportedly passed a draft law in 2013 that makes military service compulsory for all men between the ages of 18 and 35 to serve for four months. The law, however, is yet to come into effect.

Building of reserve forces is also expected to help the GCC play a stronger role in defence and security issues in the region.

The regional bloc members are also part of a US-led coalition that is conducting air strikes in Iraq and Syria against radical group ISIL.