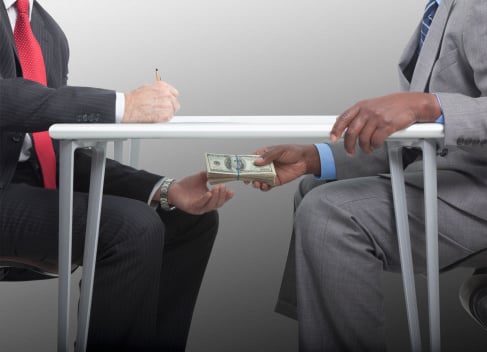 An opposition MP in Kuwait yesterday claimed 13 former and current lawmakers received KWD51m ($167m) in political bribes from the government.

Riyadh Al-Adasani presented documents he said were evidence of controversial deposits, allegedly made in 2011, that triggered street protects in the country, according to Kuwait Times.

He was prevented from showing the list on the assembly screen but read out the names and the amounts involved, the publication reported. The MP also accused several influential people paying bribes to politicians and their wives.

At the time the government denied any involvement in the issue that led to the resignation of former prime minister Sheikh Nasser Al-Mohammad Al-Ahmad Al-Sabah and street protests in 2011 and 2012.

The public prosecution also decided not to press charges against the accused due to insufficient evidence and a legal loophole.

Opposition MPs in the country have called for the case to be reopened and there was heated debate between Adasani and MP Saleh Ashour during the session over the need to bring up the accusations.

Ashour accused those raising the issue of political score settling with no interest in justice and said the evidence should be submitted to the public prosecution, Kuwait Times said.

MPs then called on the country’s anti corruption authority to accept cases related to the alleged bribes beginning with the 2006 National Assembly. They also recommended amendments to the anti-corruption laws to prosecute those accused of taking bribes.

Kuwait’s opposition parties had a strong showing in November elections after vetoing previous elections due to changes to the voting system.