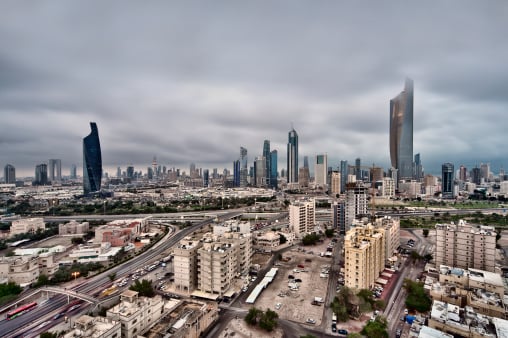 “The government may adopt proposals to extend the current corporate income tax to include Kuwaiti firms besides the foreign firms,” Sheikh Salem said in an e-mailed response to questions. The ministry is also coordinating with authorities in the Gulf Cooperation Council “for the development of the value added tax, which has seen good progress so far.”

The plan to tax Kuwaiti companies, if adopted by the government, would require parliament approval. Foreign companies in Kuwait pay a 15 per cent tax.

Sheikh Salem’s remarks come more than a month after Prime Minister Sheikh Jaber Al-Mubarak Al-Sabah urged citizens of the oil-rich country to reduce their reliance on an “unsustainable” welfare state. Since then, the government has formed a committee to review subsidies on goods and services.

Spending on subsidies has increased more than fourfold in the nine fiscal years to 2012-13, said Sheikh Salem, a former central bank governor. “Future scenarios of subsidies show that they would put substantial pressures on public revenues.”

The International Monetary Fund has repeatedly urged members of the six-nation GCC, which also includes Saudi Arabia and the United Arab Emirates, to reduce energy subsidies, as rising public spending pushes some governments toward posting budget deficits. The Middle East and North Africa accounted for about 50 per cent of global energy subsidies in 2011, according to an IMF study released this year.