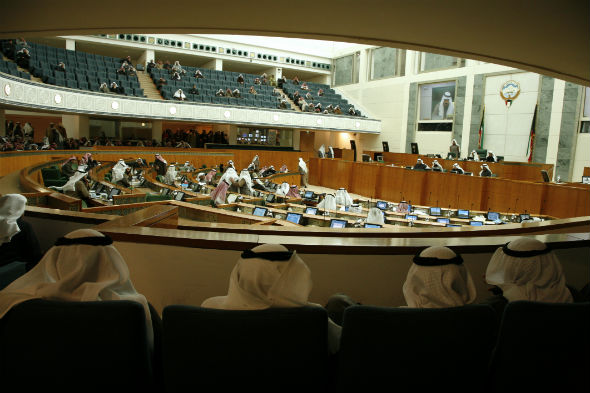 Kuwait’s highest court declined to approve a government bid to amend voting boundaries on Tuesday, leaving the cabinet without a clear option to break a parliamentary deadlock that has held up crucial economic bills.

The ruling is likely to defuse immediate tensions with the increasingly assertive opposition, which had promised to take to the streets if the court ruled in the government’s favor.

But it does not solve the problem of how to establish a functioning parliament. In the last assembly, dissolved on a technicality by the Constitutional Court, Islamist and tribal candidates tried to push through Islamist legislation while clashing with the government over finance bills including a major economic development plan.

The opposition had said the government’s petition to the court to change the electoral boundaries was an attempt to favour government-friendly candidates in a new election.

The court’s latest ruling suggests that a new assembly, whenever it is elected, is likely to have a similar make-up to the last one, and could be just as obstructive to the unelected government.

Oil exporter Kuwait, one of the richest countries in the world per capita, has a relatively open political system by Gulf standards, and has avoided the uprisings seen elsewhere in the Arab world.

The cabinet said in a statement that it “appreciated” the court’s decision and had asked relevant authorities to study the implications and consider the next steps. It did not elaborate.

While parliamentary approval is needed for major bills and the budget, the monarchy retains a firm grip on the main government portfolios, and political parties are banned.