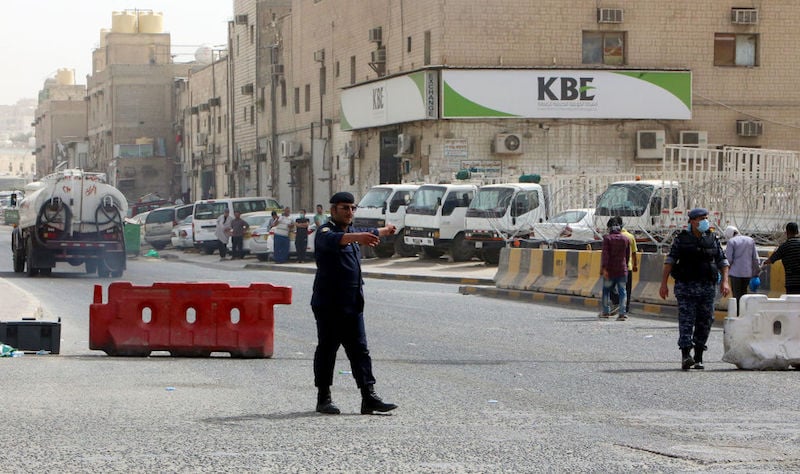 Kuwait has extended its existing curfew by two hours to now run from 5pm until 6am, as it seeks to curb the spread of Covid-19.

The government has also imposed a lockdown on the areas of Mahboula and Jleeb Al-Shuyoukh, Kuwait news agency KUNA reported.

The country first announced an evening curfew from 5pm until 4am late last month, and warned that violators could be jailed up to three years or fined up to KD10,000 dinars.

The new decision comes even as the country reported 78 new cases of the coronavirus on Tuesday, to take the total number of cases to 743. Among the new cases, 23 patients are in intensive care, including 17 stable cases and six in critical condition.

Overall, 673 patients are currently receiving treatment at hospitals, with one death reported so far.

On Monday, Anas Al-Saleh, deputy premier and minister of State for Cabinet Affairs, said that the government believed it would be useful to have a gradual extension of the curfew to allow people to leave their houses but only when necessary, KUNA reported.

He urged the public to stay indoors even when the curfew ended.

Meanwhile Al-Saleh said the lockdown in Mahboula and Jleeb Al-Shuyoukh would enable healthcare workers to carry out tests of the residents.

“I urge all to be patient for the sake of public safety,” he said, adding “you will be reunited with your loved ones.”