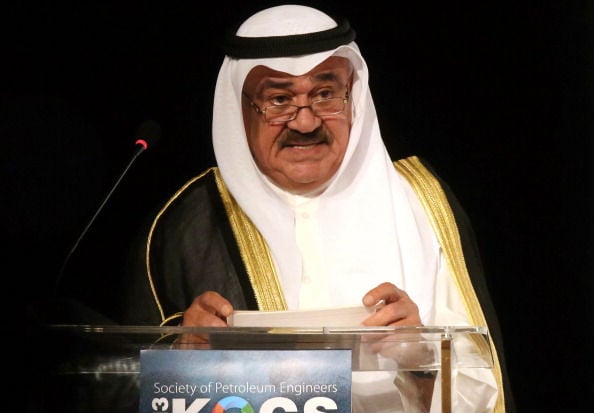 Kuwait’s oil minister said on Saturday he expected OPEC to keep its crude oil output target unchanged at its next meeting.

Kuwait is a member of the Organization of Petroleum Exporting Countries (OPEC), the producer group that pumps more than a third of the world’s oil. It will meet next on December 4 in Vienna to decide whether to adjust its output target.

“It will be a normal meeting. We will consider everything regarding every single thing, pricing and the production, and I think it will keep (oil output) the same as now,” Mustapha al-Shamali said.

He also said Kuwait was currently producing 2.9 million barrels per day of oil and had the capacity to produce 3.2 million bpd.

He said Kuwait could achieve oil production capacity of 4 million bpd by 2020.

Shamali, who is also Kuwait’s deputy prime minister and is visiting New Delhi as part of a delegation led by Kuwaiti Prime Minister Sheikh Jaber Al-Mubarak Al-Hamad Al-Sabah, said Kuwait was not concerned by rising supplies of U.S. shale oil.

OPEC expects global demand for its crude to fall in the next five years because of increasing supplies outside the 12-member group from the boom in shale energy and other sources, according to its annual World Oil Outlook published on Thursday.

Shamali said Kuwait was willing to raise supplies to India. He said in next three months Kuwait would decide on India’s demand to raise the credit period on crude sales to 90 days from 60.