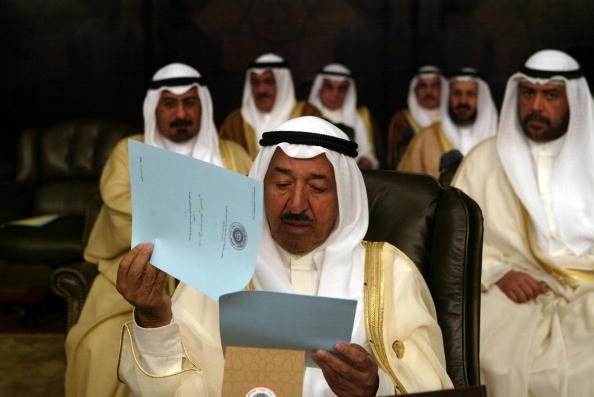 Kuwait’s ruler opened a new parliament on Sunday in the face of months of street protests and political unrest, saying he welcomed constructive criticism but would not accept lawless behaviour and chaos on the streets.

Security forces had set up barriers that stopped several hundred opposition activists – a small crowd by Kuwaiti standards – approaching the building overnight to continue their demonstrations against what they see as a rubber-stamp assembly.

The parliament in the U.S.-allied, oil-producing Gulf state was elected on December 1 amid mass street rallies and an opposition boycott over a change to the voting laws that activists said favoured pro-government candidates.

A long-running power struggle between members of Kuwait’s elected parliament and its appointed cabinet has held up reforms, stalled investment and sunk a series of assemblies.

The last opposition-dominated parliament was dissolved in June after just four months in power and this month’s election was the fifth since mid-2006.

Sheikh Sabah al-Ahmad al-Sabah told the new lawmakers on Sunday that he supported freedom of expression and constructive criticism, but recent events had shown “aspects of chaos, breaching of the law and unguided political discourse”.

“Why have we flung the door open to allow the ill-intended and the sly to harm the security of our nation and its capabilities?” he asked in a frank public address.

He called on the new lawmakers to avoid “unfruitful debate”, to respect the boundaries of power and to cooperate with the government.

The most recent unrest erupted when the emir used emergency laws in October to cut the number of votes per citizen to one from four. He said it would fix a flawed system and ensure security.

Members of Kuwait’s disparate opposition said it would undermine their ability to encourage supporters to cast additional votes for allies and form political relationships in a country that does not allow political parties.

Kuwait has the most open political system in the Gulf Arab region with its 50-member National Assembly that has legislative powers and can question government ministers over policy.

But the Al-Sabah family, which has ruled Kuwait for more than 250 years, holds important levers of power. The emir selects a prime minister who in turn forms a cabinet, with the top portfolios such as the interior, defence and foreign ministries held by ruling family members.

The new National Assembly includes 17 MPs from the country’s minority Shi’ite Muslim community and three women. More than half of the lawmakers are newcomers to parliamentary politics.

Prominent Shi’ite MP Saleh Ashour said he would monitor the government’s work and give it six months to prove itself.

Ashour and independent MP Nawaf al-Fuzai said they wanted the government to work on a solution for reducing the burden of personal debt in Kuwait. One idea being discussed by MPs would include reducing rates on borrowed money, Ashour said.

Several hundred protesters gathered in the capital’s banking district late on Saturday and said police barriers had stopped them from holding a sit-in outside the National Assembly.

Outspoken former opposition MP Musallam al-Barrak denounced it as a “parliament of clowns” that would fail, and promised more street protests.