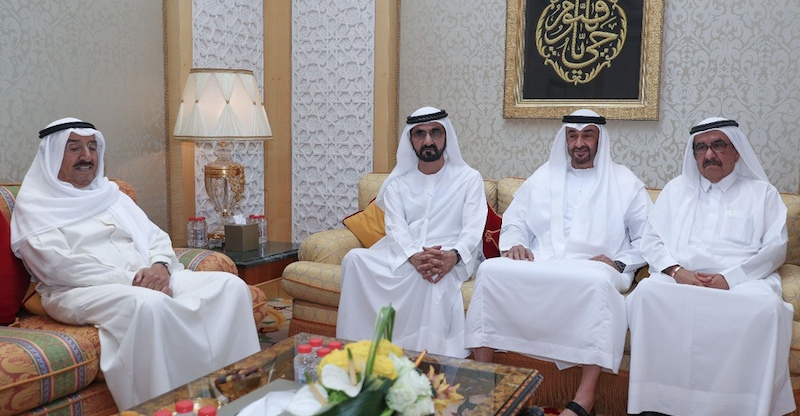 Kuwait’s emir arrived in Doha on Wednesday, state news agency KUNA reported, part of a mediation mission to try to heal a rift in the Western-allied Gulf Cooperation Council.

Sheikh Sabah Al-Ahmad Al-Jaber Al-Sabah travelled to the Qatari capital after visiting the UAE, which along with Saudi Arabia and Bahrain has severed ties with Qatar over its alleged support for Islamist militants and ties to Iran.

Sheikh Sabah visited Saudi Arabia on Tuesday to try to mend fences, but no details were released on his mission.

Saudi Foreign Minister Adel al-Jubeir said on Wednesday that the Gulf states could resolve a row with Qatar amongst themselves without outside help.

“We have not asked for mediation, we believe this issue can be dealt with among the states of the Gulf Cooperation Council,” he told a news conference with his German counterpart in Berlin broadcast on Saudi state television.

He said he had not been officially informed of any US investigation into the alleged hacking of Qatar’s news agency, a development which is part of the dispute.

“With regard to measures undertaken by the FBI, I’ve read in the media but have not been informed of anything official and I can’t express an official position,” Jubeir told reporters.