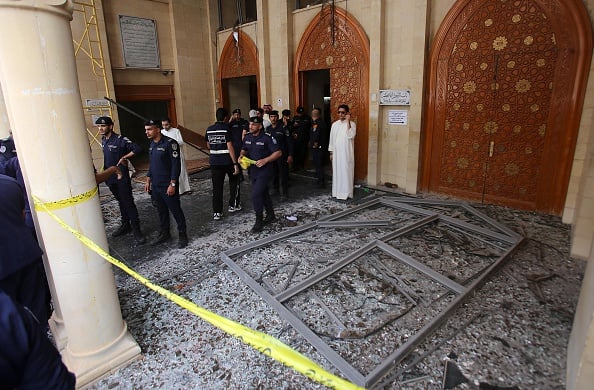 Seven defendants were sentenced to death on Tuesday for the Islamist militant suicide bombing of a mosque in June in Kuwait that killed 27 people, the Kuwaiti news agency KUNA reported.

Eight other suspects were given prison sentences ranging from two to 15 years by a Kuwaiti criminal court, KUNA reported. Fourteen other defendants were acquitted.

Islamic State of Iraq and Levant claimed responsibility for the June 26 bombing, when a Saudi suicide bomber blew himself inside the Imam al-Sadeq mosque in Kuwait City. Hundreds of Shi’ite Muslims were performing Friday noon prayers when the bomb went off.

Kuwait cracked down on Islamist militants after the bombing, the country’s worst militant attack. Officials say the bombing was aimed at stoking strife between Sunnis and Shi’ites in the majority Sunni state, where the two sects have usually coexisted in peace.

The 29 people indicted on terrorism charges in relation to the attack included Kuwaitis, Saudis, Pakistanis and stateless residents. The charges ranged from premeditated murder to possession of explosives.

Death sentences are subject to appeal in Kuwait.

The Arabic daily al-Qabas said in July that the state prosecutor was seeking the death penalty for 11 of the defendants.