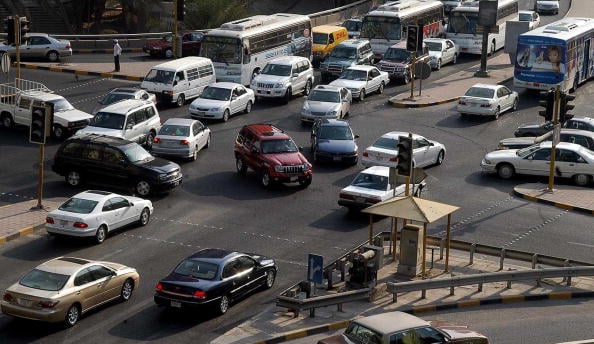 A parliamentary committee in Kuwait has reportedly approved a proposal requiring the country’s interior ministry to set up a panel to screen driving licences held by foreigners.

The approval comes amid continued debate at the National Assembly regarding the country’s traffic problems, with some MPs suggesting restrictions on foreign workers are the solution.

Kuwait Times reports the proposal, submitted by MP Waleed Al-Tabtabaei, was approved by the interior and defence committee on Monday and would see licences of expatriates screened at issuance or renewal.

Screening could potentially see thousands of driving licences taken away due to the country’s strict conditions for obtaining one.

Drivers must earn a monthly salary of KD600 ($2,000), have completed two years of residence and possess a university degree to obtain a licence.

However, several groups are exempt from these requirements including students, private drivers, messengers, doctors, judges, engineers and several other professions and housewives with children.

This has given rise to black market for licences, with some expats paying hundreds of dinars to bribe officials, according to the publication.

The introduction of screening could see a large number of these licences terminated along with the documents of those who obtained a licence under an exemption that no longer meet the conditions.

Last month, the same parliamentary panel rejected a proposal from MP Safa Al-Hashem to reduce traffic congestion by imposing a KD1,000 ($3,300) fee on foreigners applying for a driving licence in the country.

She also proposed an annual renewal fee of KD500 ($1,657) and the linking of licences to work permits.

The panel said the new fee structure would overburden expats on lower salaries.

In March 2017, a lawyer also filed a suit at the country’s Administrative Court calling for the issuance of new licences to foreigners to be suspended because traffic congestion had reached an “unbearable phase”.