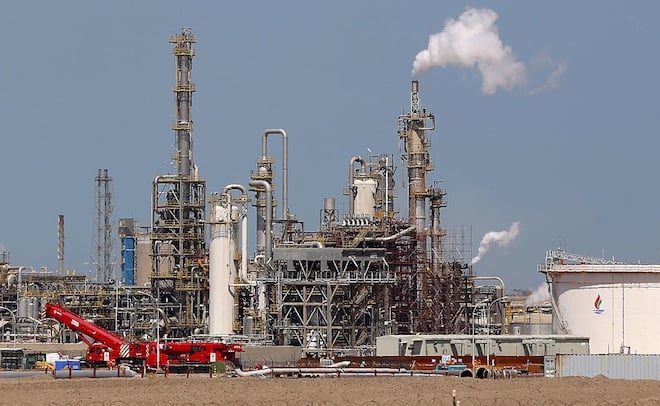 Kuwait will tomorrow hold an event to mark the closure of the Shuaiba refinery, one of the oldest oil facilities in the region.

State news agency KUNA reports that the 1960s facility will officially shut down on April 1 and be replaced by a clean fuels project that will be completed next year.

At its peak the facility produced around 200,000 barrels of oil per day.

Employees working at the refinery will be deployed in other operations, according to Kuwait National Petroleum Company.

The firm said “several global companies” had expressed an interest in acquiring operating units within the refinery and an Italian group was brokering the sales process.

In 1981 the facility suffered a major fire in one of its containers that took three days to extinguish and resulted in the suspension of operations for 36 days.

It was also heavily damaged during Iraq’s 1990 invasion of Kuwait before being restored to full operations at the end of the war in 1991.

More recently, a fire in August 2015 saw the facility shut down for several days.

The clean fuels project will see the country’s two largest refineries upgraded and expanded to focus on higher value export products like diesel and kerosene.

It is expected to be operational by the end of 2018.