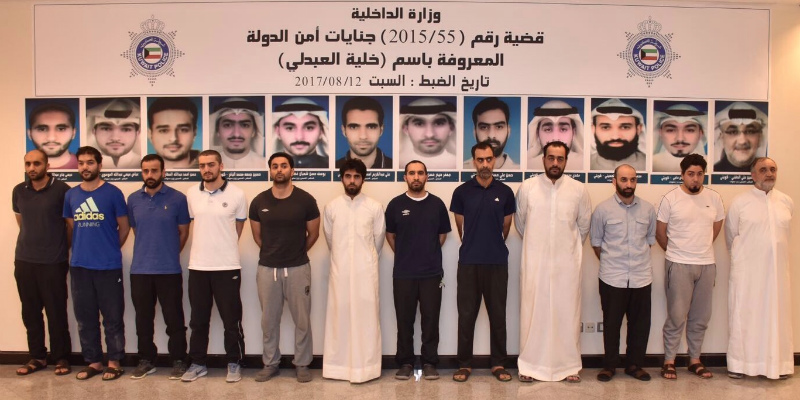 Kuwait’s Ministry of Interior announced on Saturday the capture of 12 men convicted of spying for Iran and Lebanese Shia group Hezbollah.

The men, who went missing last month, were apprehended in different parts of the country, according to state news agency KUNA.

They are part of a group of 25 Shia Kuwaitis and an Iranian, known as the ‘Al-Abdali cell’, that were indicted in September 2015 by the country’s public prosecution for acts that threatened “national security and unity”.

Of the 25, one person was sentenced to death and the remainder to prison terms. The death sentence was overturned in June by the country’s top court, which reduced some sentences and increased others.

At least 14 of the group were sentenced in absentia, according to Reuters.

Of those captured, nine had 10-year sentences and the remaining three five-year terms.

A search is on going for two more individuals.