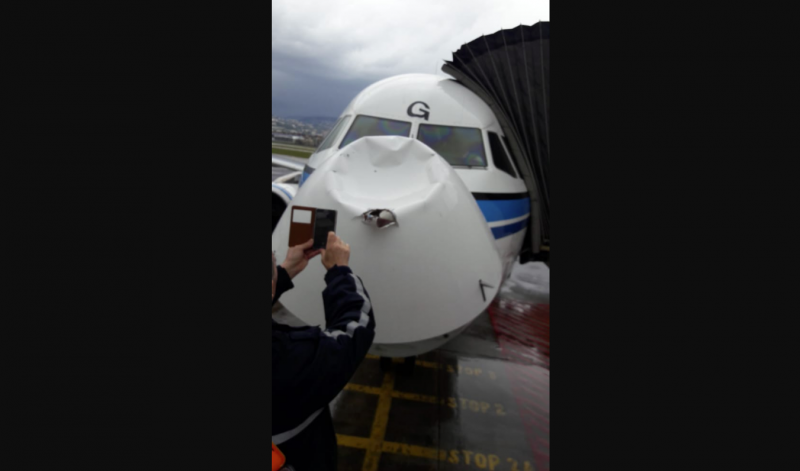 The nose of a Kuwait Airways airplane was damaged during landing at Lebanon on Sunday, according to local media reports.

However, the Airbus A320 aircraft landed safely at the Rafik Hariri International Airport in Beirut.

Flight KU501 was “subject to a collision that is likely to be the result of ice or thunderstorm at 8,000 feet while on the verge of landing” at the airport, leading to “damages in its forefront”, Lebanon’s official National News Agency reported.

“The Civil Aviation Safety Department at Beirut Airport is preparing its technical report on the incident,” the report added.

Kuwait Airways confirmed the incident in a statement on Twitter.

“Kuwait Airways wishes to clarify, that its Airbus plane (A320) operated for its flight (KU501) departed to Beirut on Sunday morning 21/4/2019 was hit by a sudden impact of a mass of snow passing. Thankfully the plane landed safely at Rafiq Hariri International Airport in Beirut,” it said.

The plane is currently being repaired by the technical teams belonging to Kuwait Airways. The flight is expected to return from Beirut to Kuwait at 7:00 pm. All passengers will be taken to the hotel for rest/2

A source at the directorate-general of Civil Aviation also told newspaper Daily Star that “an ice cloud” could have been responsible for the accident.

However, all the details are only expected to be revealed following a complete investigation.

UAE says seeking clarity from Denmark regarding suspension of flights