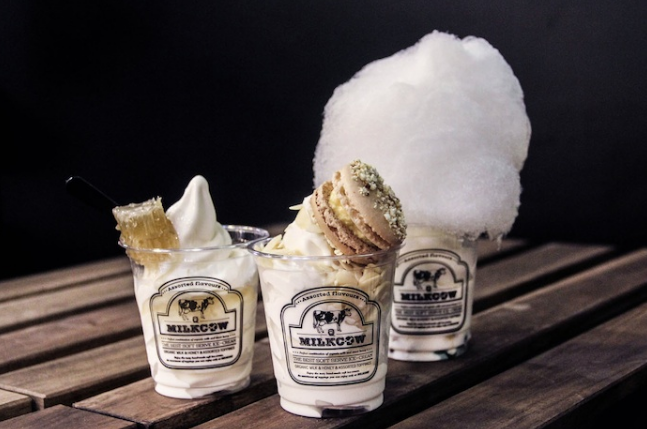 Located within Trident Grand Residences at the Jumeirah Beach Residence area, the new café will open on January 20, 2016.

Milkcow, which has 50 branches across Asia and the United States, specialises in producing and serving home-made ice cream with a variety of toppings.

The café will offer 14 different menu options with bespoke toppings such as natural honeycomb, macaroons, candyfloss and tangy syrups.

Managing director of the Milkcow franchise for the United Arab Emirates Siyuan Zhang said: “After much deliberation and time spent in Asia comparing various ice-cream brands, I knew Milkcow was the one that would cater perfectly to the UAE and Middle East market.”

Milkcow also has plans for further expansion in the UAE and the wider Middle East, the company said.

The UAE’s food and beverage market is booming and is estimated to grow by 4 per cent annually to reach $13.2bn in 2018, a recent report by KPMG found. The number of F&B outlets will increase by around 1,600 by 2019, it said.

“Outlet growth has been driven by a mix of expansion of existing chains as well as new brands and concepts entering the UAE market,” the report explained.

“The expansion has been further fuelled by the continued investment in a number of new and large retail destinations. Economic revival has also led to increased disposable income and resulted in higher propensity to spend on socialising and eating out among UAE nationals as well as expatriates,” it added.