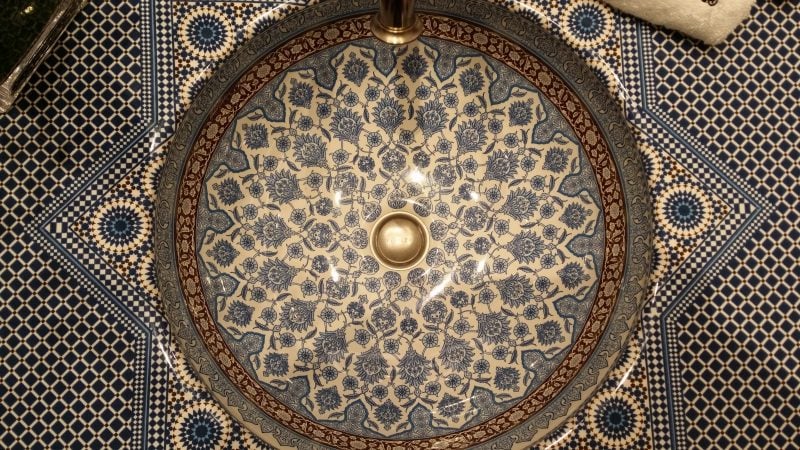 Would you ever consider talking to your faucet… or your toilet? It’s a serious question, as Kohler has launched its first boutique showroom in the Middle East – and has also launched what it claims to be the world’s first fully-connected “smart bathroom.”

The new showroom, located in Abu Dhabi, was launched during a glitzy evening event on Monday (September 30). At the event, dozens of media, influencers, VIPs and others were shown some of the Wisconsin (US)-based brand’s latest designs and collaborations. Spanning a dizzying array of materials and concepts, collections include pieces inspired by such disparate themes as the 17th-century Dutch masters, Russian empress Catherine the Great’s china collection, the Moroccan city of Marrakech, and more.

“We believe designs are like emotions,” said Salil Sadanandan, president of Kohler Kitchen and Bath for South Asia, the Middle East and Sub-Saharan Africa, at a reception held after the opening that took place in the Abu Dhabi Suite on the 52nd floor of the St. Regis in Abu Dhabi on what was a typically warm Gulf evening.

Sadanandan said the boutique – launched with the support of Al Hashimya Group, which has been an official distributor of Kohler since 1982 – opening was a new chapter in Kohler’s presence in the Middle East, and the Gulf specifically. He said the brand – founded in 1873 – had officially been in the Middle East for more than 40 years, but Kohler products and designs have been features in palaces and residences of royal families in the region for more than seven decades.

Sadanandan – who flew in from India specifically for the opening – highlighted that although the first boutique showroom is in Abu Dhabi, “the fact that we have opened here does not preclude us from opening elsewhere.”

However, he highlighted the importance of the UAE market for Kohler, particularly its status as a centre of design and fashion and the profusion of palaces, posh hotels and high-end residence in which Kohler products are often found. He also highlighted the number of large luxury construction projects currently underway and in the planning stages as further reasons to open a showroom in the UAE.

He added: “We are also looking at other countries.”

As for “smart faucets” and “smart toilets” that people can talk to? Gimmicky as it may sound, Sadanandan insisted such innovations are the future, particularly for digital-native millennial and Gen Z consumers who expect technology to be integrated into every facet of their lives. Not only can being able to “tell” a faucet to pour precisely eight fluid ounces of water help conserve water since nothing is wasted, he said, but such innovations can also save time, such as if you instruct your bathtub by app to fill itself up while you’re driving home from work.

“It’s just a matter of time before you expect that in the bathroom.”